You are the owner of this article.
Edit Article Add New Article
Home
Featured Stories
About Us 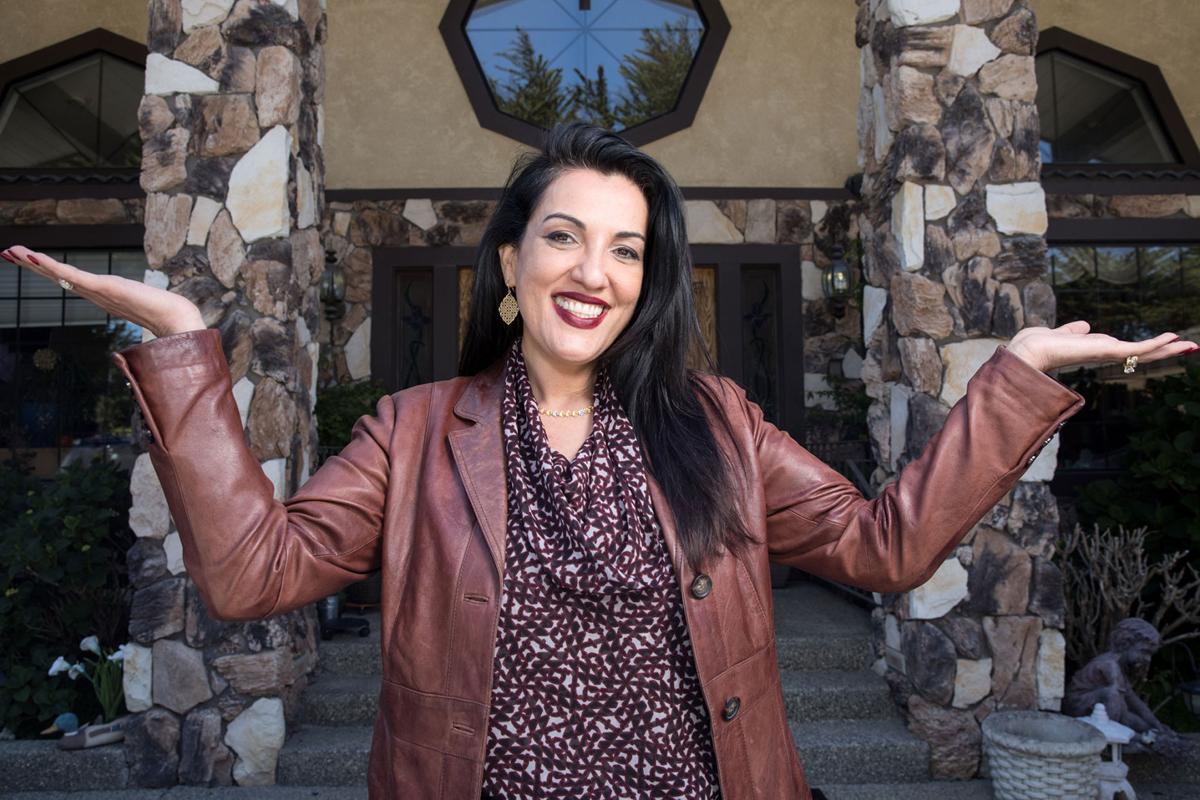 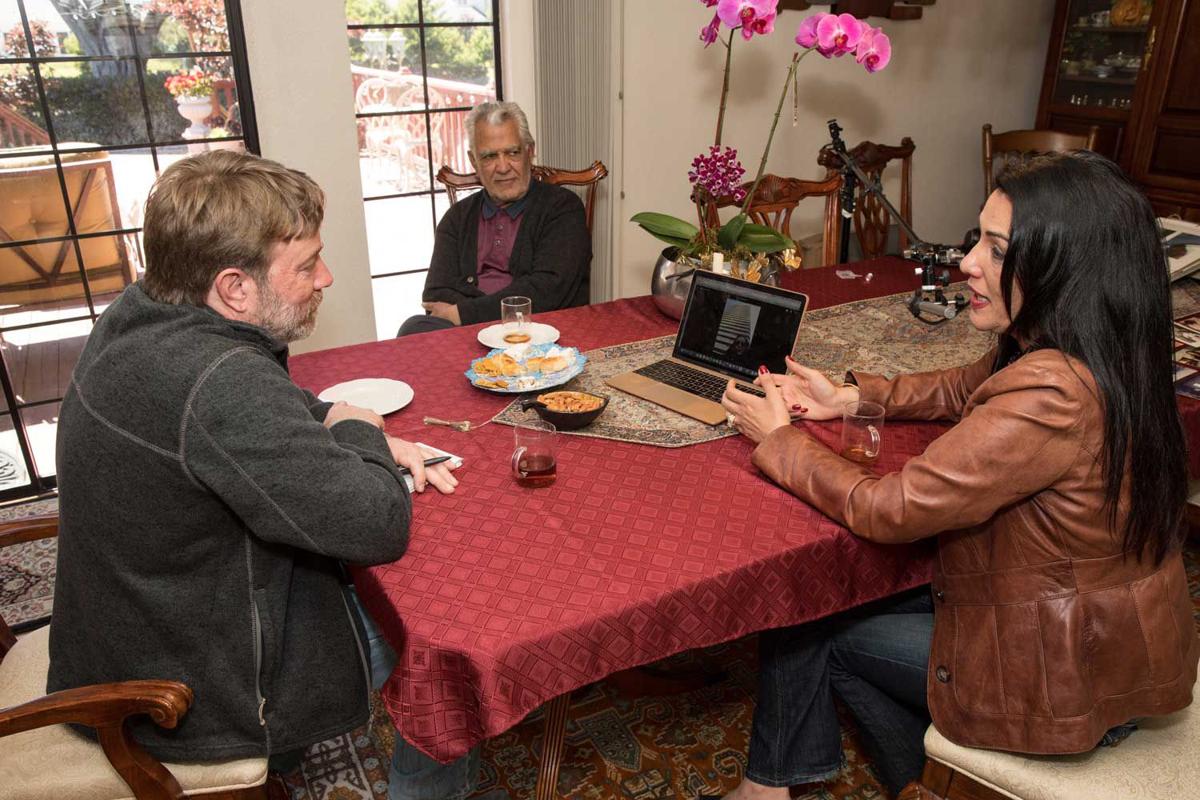 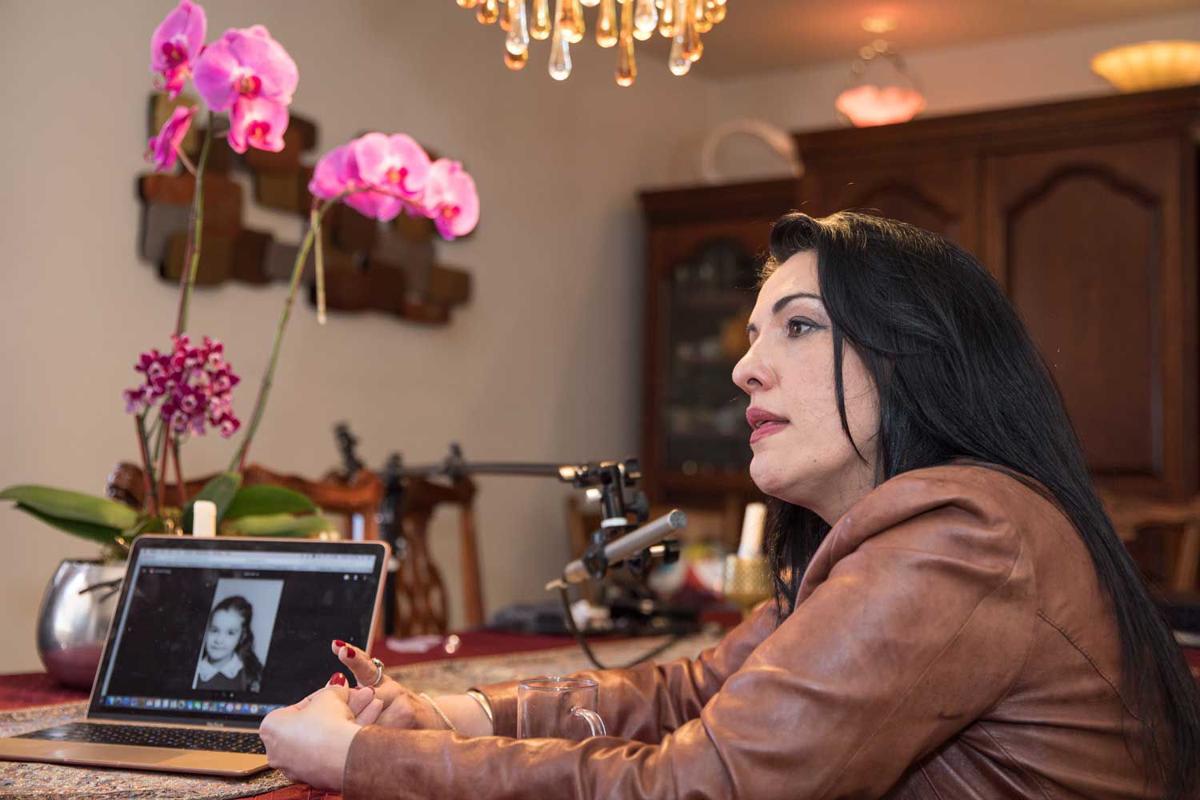 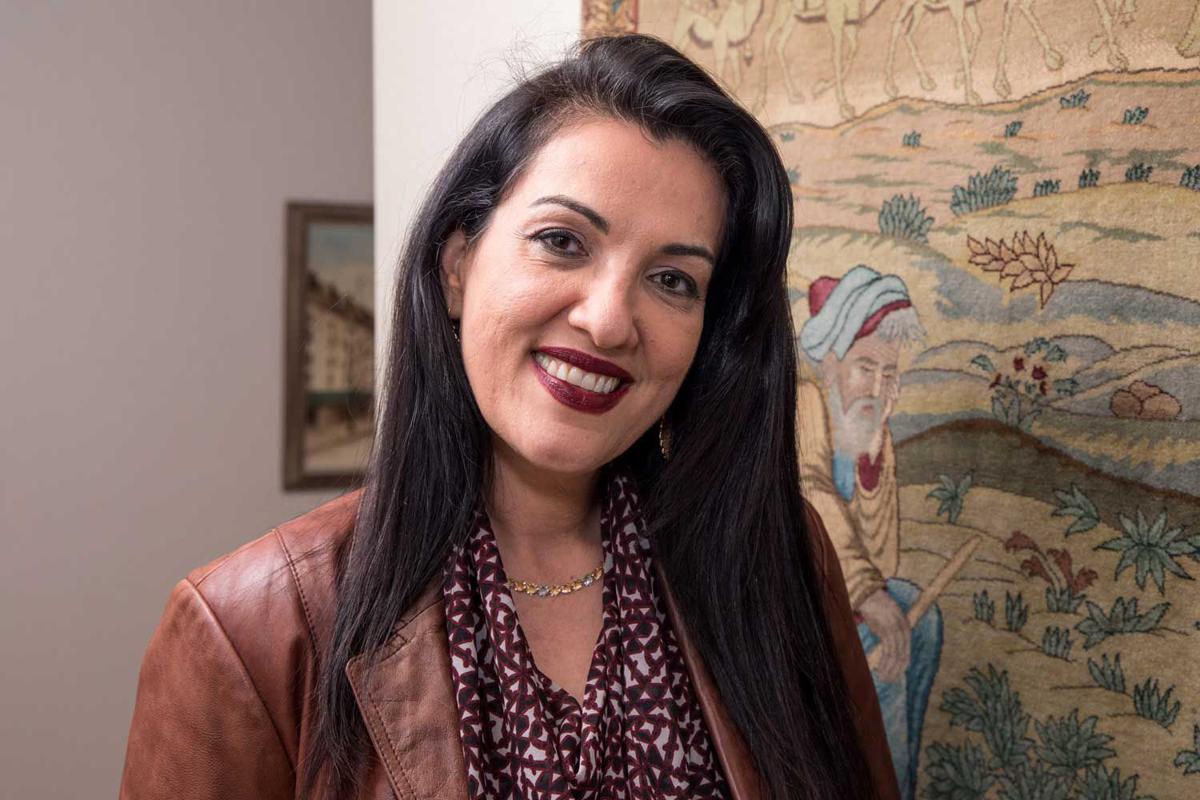 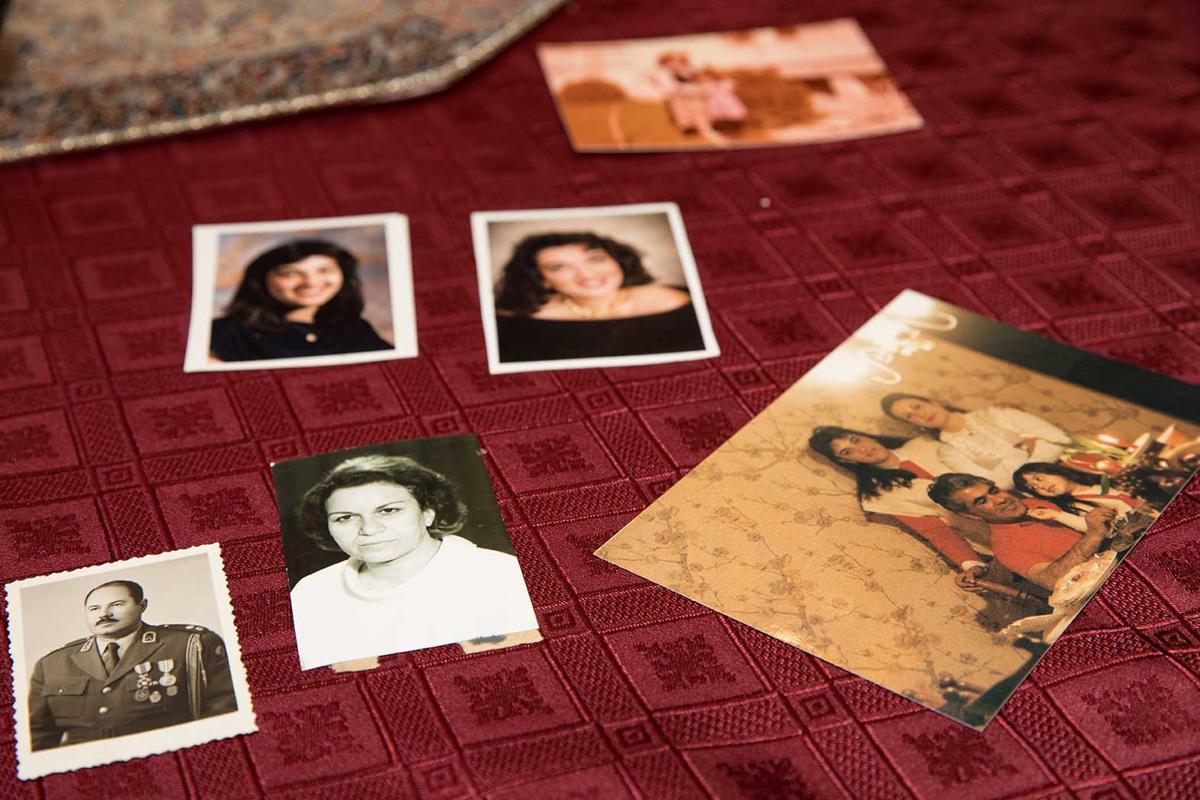 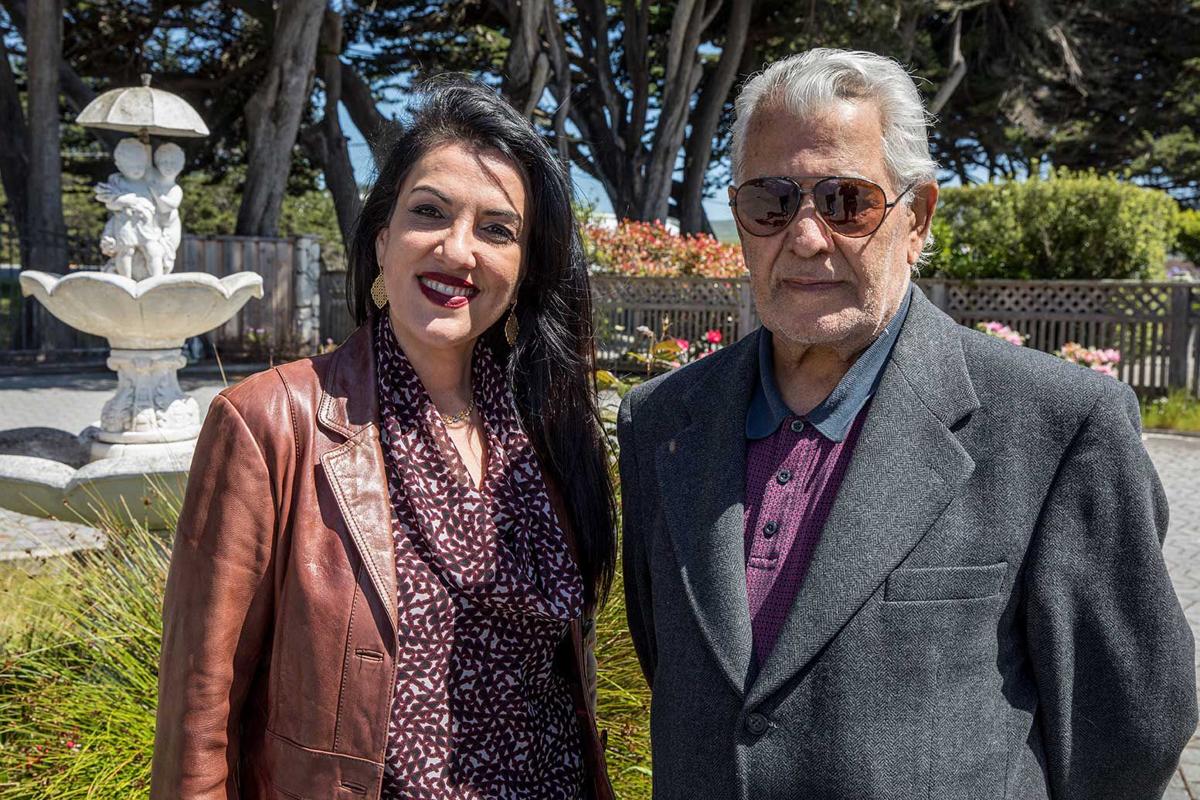 Shahrzad Pantera’s story begins in 1973, in the Iranian city of Mashhad. That is where a little girl was born to descendants of Muhammad in a Muslim holy city a half a world removed from what is now her quiet Half Moon Bay, Calif., home.

She recalls her beginnings while sitting in her dining room, sipping Persian tea and nibbling on Iranian sweets. She sits before an array of photographic evidence of an immigrant’s journey.

Pantera was born during a time of rapid change in her homeland. The Shah of Iran sought to modernize the country, but pro-Western policies and increasingly autocratic rule alienated Muslim clerics and many citizens. By the time Pantera headed to school, there were riots in the streets and martial law.

Soon, the Shah would flee and the Islamic Republic was born. It was led by a charismatic fundamentalist named Ayatollah Ruhollah Khomeini. By 1980, the country was at war with neighboring Iraq and increasingly isolated from much of the world.

“My memories are a little bit traumatic,” she says. She retains a nightmarish patchwork of images that she would never shake, no matter how far her travels took her. She remembers the time her mother sat down and put her over one knee and her older brother over the other. She covered their heads with pillows to protect her children from flying bullets and shrapnel. “She said, ‘No matter what, your heads will be protected,’” Pantera recalls. She remembers seeing a man on the street whose hair was burned off one side of his head.

“There was a lot of chaos,” she says.

The tipping point came when her parents learned that a classroom full of boys was told it was going on a field trip only to be given guns and sent to the front lines of the war. That was enough. That was when her father, Hossein Tabatabai, resolved to get his family out of Iran.

Photos from this period are scarce. That is one of the trade-offs for immigrants, Pantera said. “We lose so many personal assets.”

The first stop was Germany, where Tabatabai, who was the president of an electronics company in Iran, had contacts. By 1980, Tabatabai says, he had 2,000 employees and his company was important to the war effort. He couldn’t leave with his family. For her part, Pantera has mixed emotions about this time of her life.

“I remember being bitten by a dog, a German shepherd, and the owner just called me a swine,” she says. Partly because of the discrimination, and also because her mother, Shahnaz Parvaneh, had relatives in America, the family continued across the Atlantic. In 1982, the family settled in Aptos, Calif.

Pantera points to a photo of three girls in their late teens. Pantera, a young woman between worlds, is sitting between two softball teammates. She had traded the hijab for a ball cap. And that wasn’t all. She played volleyball, basketball and tennis in high school in a quest to be part of things.

Pantera says she was particularly attracted to sports because they were so novel.

“We weren’t really allowed to do it (In Iran,)” she said. “There really weren’t a lot of athletic opportunities for girls."

Pantera was initially enrolled in English as a second language classes, but the future banker excelled in science and math because the concepts were universal and not American. She worked hard to fit in. In one telling photograph from the era, she is wearing stylish shorts and boots and sitting on the trunk of her own car. The license plate reads “SHERZAD.”

It was around this time — as she learned to hit softballs and drive sporty cars — that Pantera discovered what may be her most important life lesson: “I learned to show up and try your best.”

There were elements of her Iranian past that followed her to the United States. She was wed to a cousin in an arranged marriage. It didn’t work. She moved with him to Maryland … for two weeks. Eventually, she would find and marry Paul Pantera on her own. “I think of him as my reward.”

These days, Pantera returns to Iran to remember her past and reconnect with friends. She and her father say Facebook and other social media apps have been transformative for immigrants wanting to stay in touch with those they left behind. There are photos of her at the mosque in Mashhad that is so important to generations in her family. In one, she is standing in front of a high-rise apartment building. These days, she and her father smile while remembering how he used to make homemade wine there. They manage a nervous laugh remembering how they quickly poured it down the drain when the doorman called to say Iranian authorities were combing through the building looking for illegal contraband.

Though there are smiling photos, migration was not easy for anyone in the Tabatabai family. In Iran, Hossein Tabatabai commanded the company president’s office; in America, he bought a gas station in Watsonville. “I had a secretary. People would wait in line to see me,” he said. “Here, I pumped gas and washed car windows.”

Despite having to learn the language and customs of a foreign land and working the family business from 6 a.m. to midnight, the father and daughter say that coming to the United States improved their family’s lot — they just had to take the long view. For instance, Pantera’s son, David, was the student body president at his high school and will begin classes at Stanford University in the fall. He plans to study political science and attend law school.

“I hope my immigrant story is in the back of his head,” Shahrzad Pantera says. “That is my dream for him.”