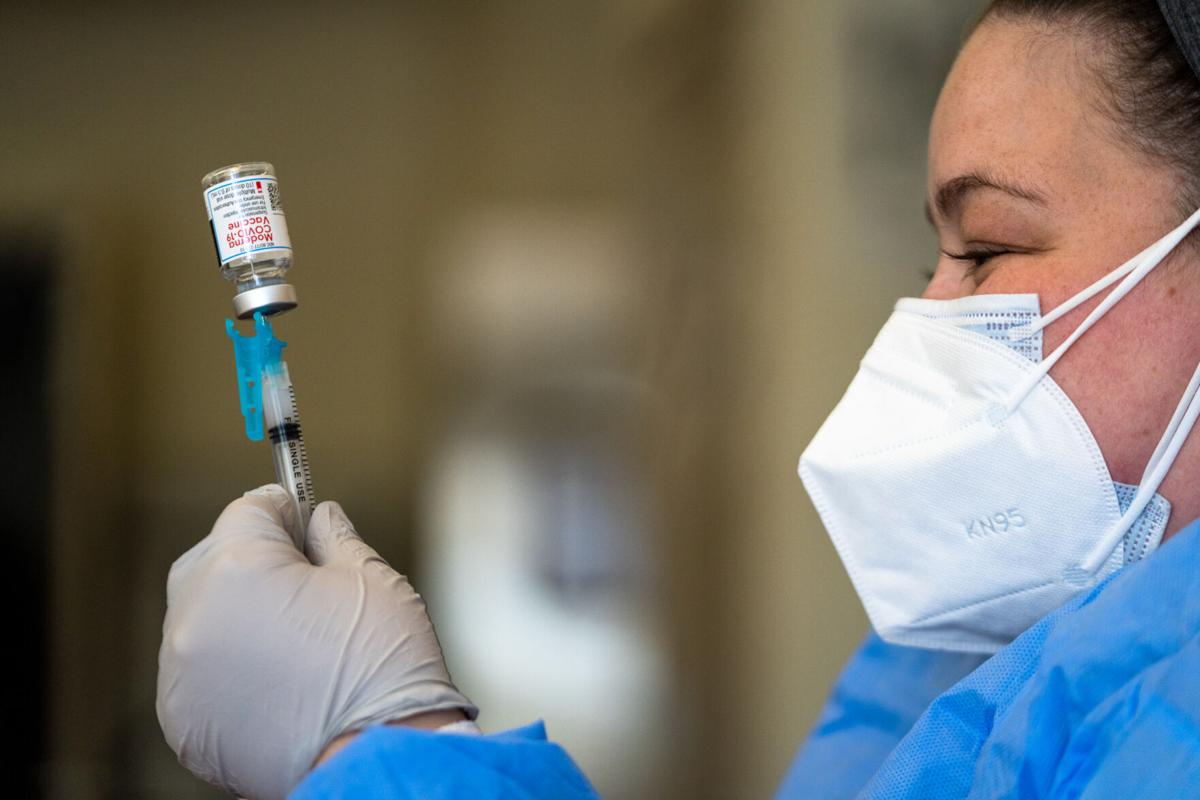 Moderna vaccine is prepared at Senior Coastsiders by Kindal Hulsey in Half Moon Bay on Thursday, Mar. 4, 2021. Adam Pardee / Review 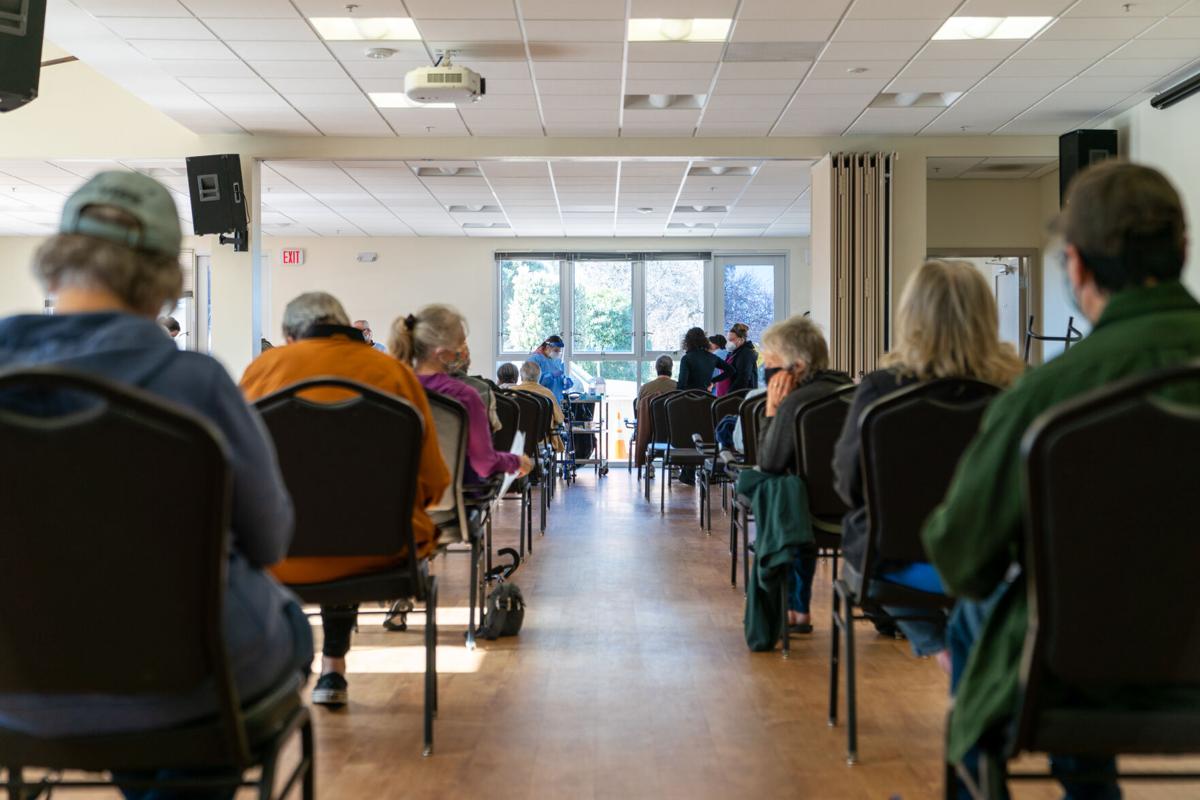 Seniors at the Senior Coastsiders Center wait their turn for the COVID-19 vaccination on Thursday, Mar. 4, 2021 in Half Moon Bay. Adam Pardee / Review

San Mateo County and other local vaccine providers are still plagued by supply shortages three months into distribution. Nonetheless, about a quarter of adults living in San Mateo County have been vaccinated.

Health officials at the county, responsible for almost two-thirds of local vaccine distribution, say they still don’t know how many vaccines they’re getting from the state from week to week until the last minute. That makes setting up sites and ensuring they have the right amount of doses difficult. That’s led the county to take the pop-up clinic approach, working with community groups and health care providers to establish sites each week based on allocation.

Last week, Senior Coastsiders in Half Moon Bay was one organization that got some doses, vaccinating more than 100 people at its Main Street location with just 24 hours’ notice. County officials say they hope the newly approved Johnson & Johnson vaccine, which doesn’t require ultra-cold storage, will help them scale up distribution in targeted communities.

“We hope the vaccine supply will increase greatly in the coming weeks,” County Manager Mike Callagy said at last week’s press briefing. “We hope to see a flood of vaccine that will help us expand operations.”

The county isn’t alone in its struggle to plan ahead.

Local health care provider Sutter Health was so short on vaccines due to winter storm delays that it was forced to cancel 40,000 second dose appointments last week. They are being rescheduled for the coming weeks after more supply arrives. Meanwhile, Kaiser Permanente of Northern California is only now able to get vaccines to educators and food and agriculture workers after advocating to receive more doses from the state.

Despite these constraints, more than a quarter of county adults have now been vaccinated. With 3,200 doses of the one-dose Johnson & Johnson vaccine received in the county this week, those numbers could scale up soon. Plus, more and more avenues to get a shot are becoming available.

Some locals got their shots this week at local Rite Aid and CVS pharmacies, which are supplied doses from the federal government and have had appointments available sporadically. So far, federal programs account for 10 percent of vaccine allocation in the county, with retail pharmacies making up just 4 percent.

Residents have also found appointments through state-run sites like the Oakland Coliseum, but those appointments may become even more scarce as the state’s allocation strategy changes. Gov. Gavin Newsom announced last week that the state would send 40 percent of its vaccine supply to the 446 lowest-income ZIP codes in the state, none of which are in San Mateo County.

County Health Deputy Chief Srija Srinivasan said last week that the county has wasted very few doses, and just around 5 percent of county residents have failed to show up to their vaccine appointments. She said she couldn’t say how many residents are declining the vaccine.

In response to questions about the relative effectiveness of the three vaccines now approved by the U.S. Food and Drug Administration, county health officials said each of the three are extremely effective at preventing death and serious illness, and getting a high portion of residents vaccinated will help end the local spread of the disease. Plus, the Centers for Disease Control and Prevention announced Monday that fully vaccinated individuals are now allowed to gather maskless indoors two weeks after their last shot, paving the way for a return to some normalcy.

“The best shot is the one that goes into your arm,” Callagy said.