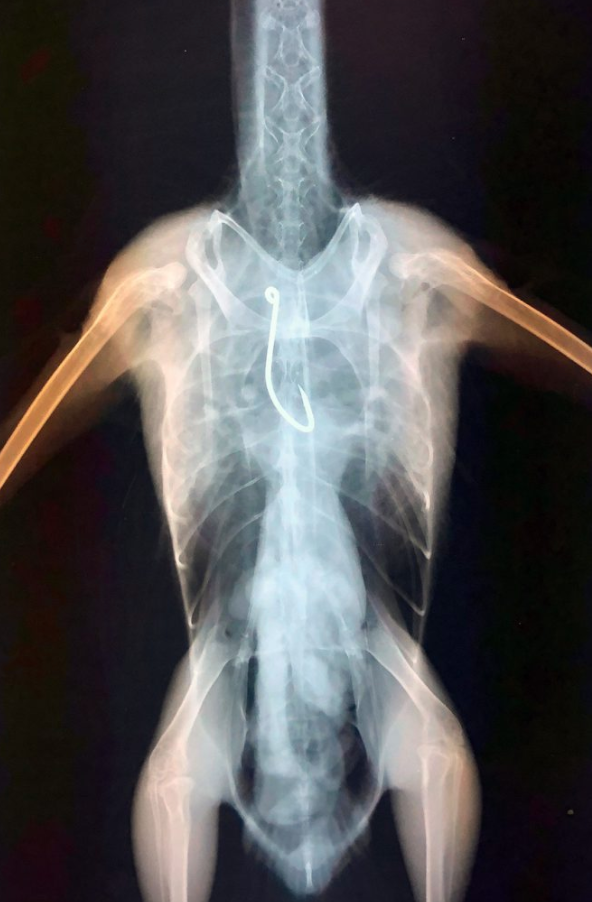 A veterinarian was able to remove the hook that is visible in this X-ray. 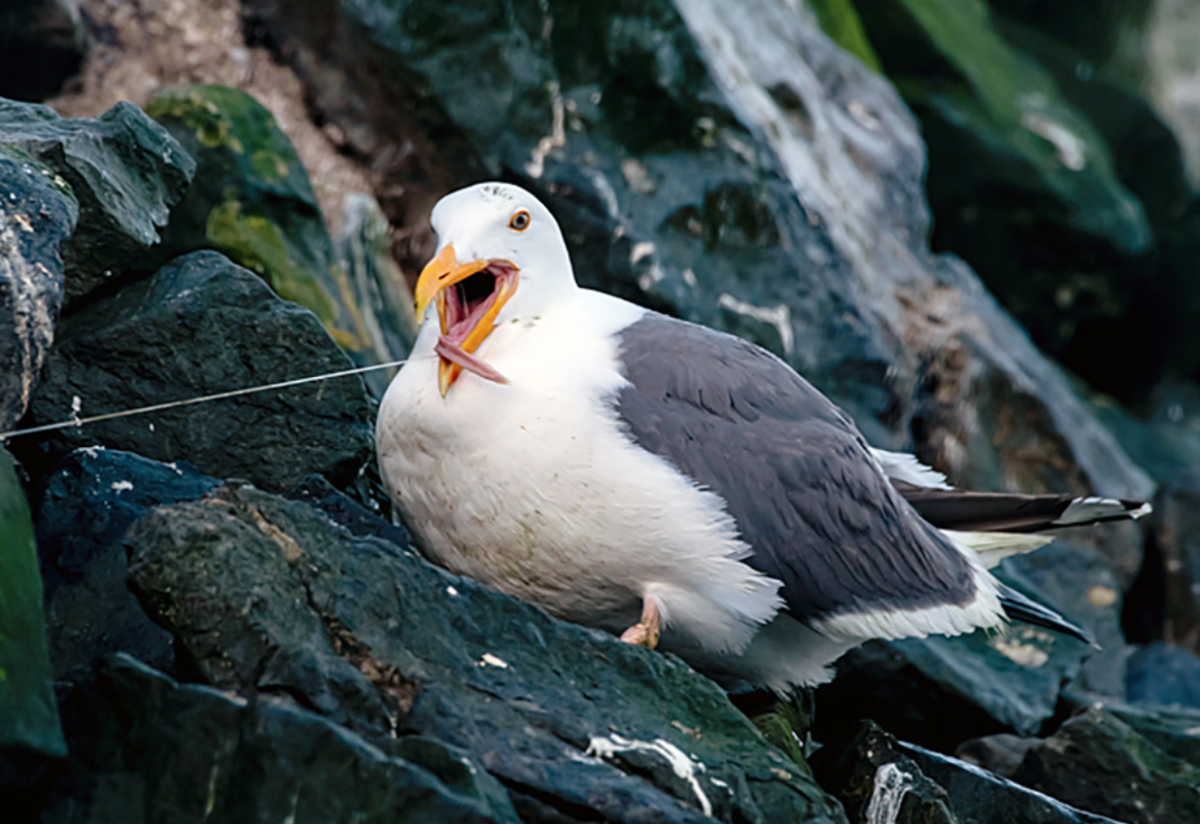 This western gull at Pillar Point Harbor had swallowed a fishing line but was rescued by a San Carlos kayaker who knew to enlist the help of experts. Photo courtesy Bart Selby

A veterinarian was able to remove the hook that is visible in this X-ray.

This western gull at Pillar Point Harbor had swallowed a fishing line but was rescued by a San Carlos kayaker who knew to enlist the help of experts. Photo courtesy Bart Selby

Bart Selby was kayaking inside Pillar Point Harbor on May 18 when he saw a western gull tangled in fishing line on the rocks. The chain of events that followed illustrates the network of operations in place to rescue marine wildlife, including experts nearly 80 miles from the ocean.

With the gull unable to fly, Selby, an avid kayaker and San Carlos resident, got a few nearby wardens from the California Department of Fish and Wildlife to help him grab the gull before the incoming tide took it out. But they soon learned the gull was more than ensnared in a fishing line; it had swallowed the metal lure whole.

Kris Lannin-Liang, a local volunteer from Moss Beach whom Selby had texted just 15 minutes prior, drove the gull to the Peninsula Humane Society Wildlife Center in Burlingame for stabilization. After that, it was transported to Fairfield for surgery at International Bird Rescue’s San Francisco Bay-Delta Wildlife Center. The center treats birds for all manner of ailments, from those suffering due to major oil spills to those mired in algal blooms and marine debris.

Two days after being plucked from Half Moon Bay, the gull went under the knife. Dr. Rebecca Duerr, director of Research and Veterinary Science, cut into the esophagus at the base of the neck to remove the hook. This particular surgery was difficult because of the hook’s proximity to the gull’s heart, Duerr explained.

According to Duerr, the rescue center often treats birds from the coast, many of which end up in similar situations. Pelicans, cormorants and gulls from the Greater Farallones and Monterey Bay National Marine sanctuaries are some of the regular patients at IBR.

“We see that all the time,” Duerr said of the gull’s dilemma. “We see so many fishing hook and line injuries.”

Selby, who serves on the Monterey Bay National Marine Sanctuary Advisory Council, frequents the Coastside to sight and document data on brown pelicans for IBR. He’s experienced enough to know when and how an injured animal needs to be rescued. For the average person walking on the beach, applying a hands-on approach to a marine animal in distress may not be the best course of action, despite the best of intentions.

Instead, experts recommend contacting local authorities like the Pillar Point harbormaster or the Marine Mammal Center in Sausilito.

IBR was founded in 1971 to respond to oil spills. With other offices in Alaska and Southern California, it sees an average of 4,500 biards each year. According to IBR’s staff, the gull healed quickly after the operation. Once the incision healed, they released the gull in Half Moon Bay on June 5.

“We’re essentially the essential care provider for all seabirds in the marine sanctuary,” Duerr said.