The search for a boy continues at Cowell Ranch State Beach on Monday evening after strong waves swept the child and an adult into the ocean. The adult was found and is believed to be in stable condition, said Cal Fire spokeswoman Cecile Juliette. Read more 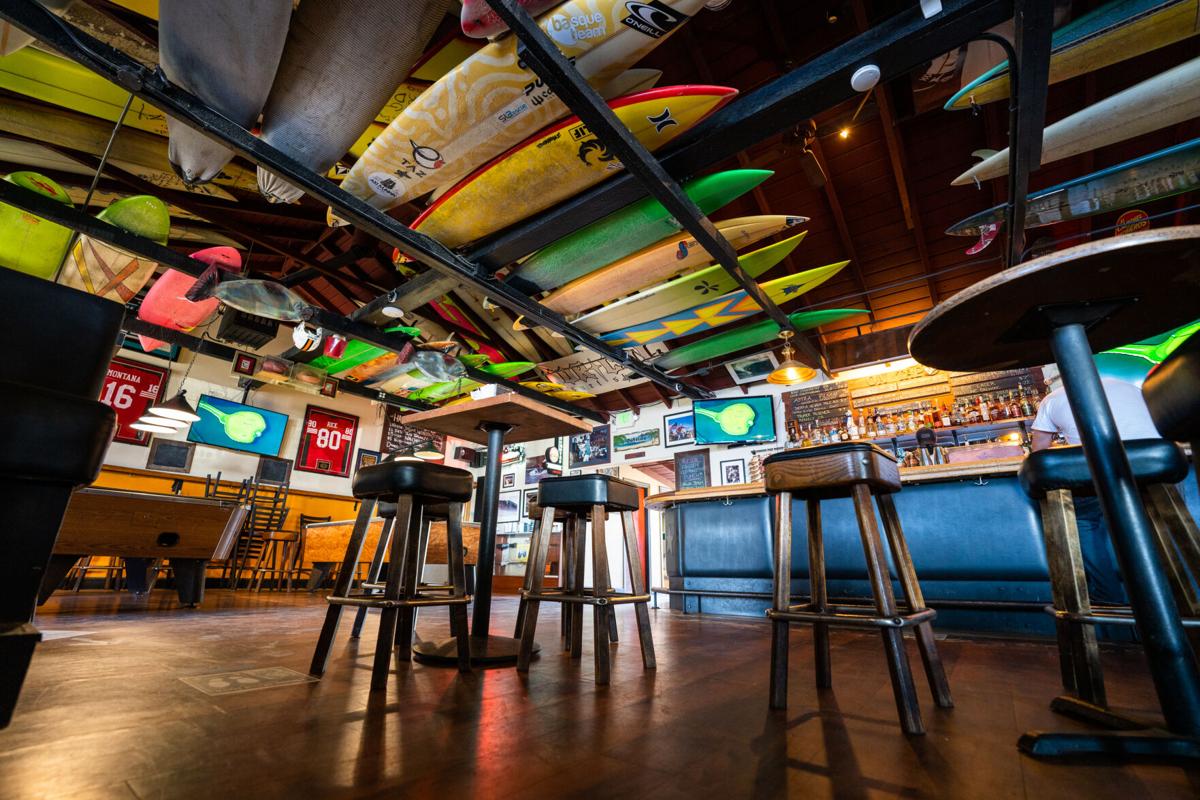 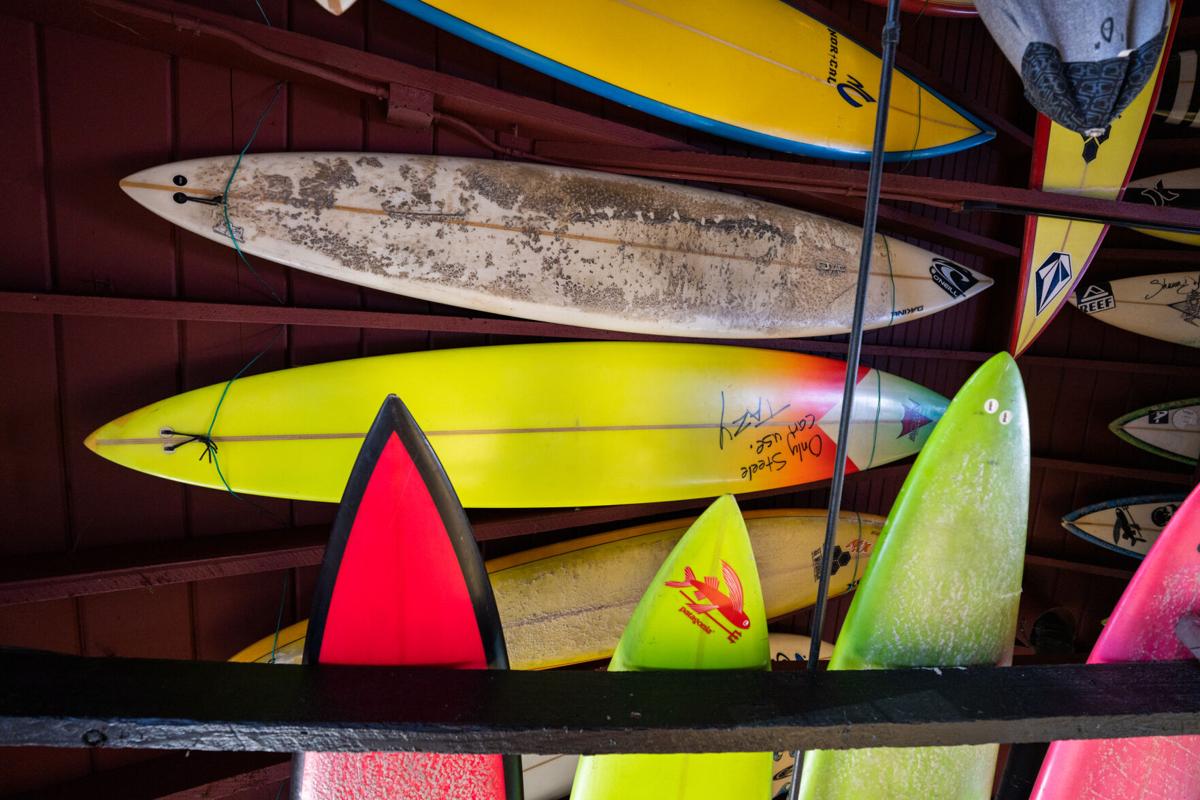 A few of the surfboards in the rafters of the Old Princeton Landing have personalized messages on them on Friday, Nov. 20, 2020 in Princeton. Adam Pardee / Review

The surfboard that once belonged to Anthony Tashnick hangs inverted in the rafters at Old Princeton Landing. With the nose pointed skyward, its vivid green and yellow colors are on full display, much as it was when Tashnick lost it during a session unlike any other at the nearby Mavericks break.

During the filming of the 2012 film “Chasing Mavericks,” Tashnick, a longtime Mavericks surfer from Santa Cruz, was hired to recreate a famous wipeout of the late Jay Moriarty, who was 16 years old in 1994 when his “iron cross” freefall landed him a magazine cover and helped establish Mavericks as one of the most intimidating waves in the world.

During the session, Tashnick launched himself over the ledge again and again, purposely falling to get the most dramatic shot while riding a replica board shaped by Santa Cruz’s Bob Pearson. After yet another wipeout, the tail of the board snapped, and the current carried it toward Pillar Point Harbor.

But Tashnick decided it should stay in Princeton and become part of Overfelt’s extensive collection.

The board has remained suspended on the bar’s rafters ever since, alongside dozens of others at the popular public house. In the 10 years since Overfelt and his family purchased Old Princeton Landing, the bar has become a go-to post-session hangout for many Mavericks surfers. For those interested in Mavericks, the assembled boards not only add to the aesthetic, they’re a tangible reminder of those who surf it on a regular basis.

Each gun — boards designed for large surf — has its own story. Some were ridden decades ago by world-class surfers on the notorious days. Some are out-of-commission relics. But a large portion are still in circulation, and wait for their owners to return them to the ocean and face Mavericks once again.

“It really was a convenience for these surfers to not have to travel with these big boards,” Overfelt said. “Mavericks boards are very specific.

Most of these surfers have boards shaped just for Mavericks. So, why not leave them here where they’re protected?”

When Overfelt purchased the bar in 2010, he had no intention of it becoming a hub for surfers. Live music was his priority. Still, Overfelt retains close connections with some of the biggest names in the surf industry and has been involved with the Mavericks community for years.

The first board to be hoisted skyward in 2010 belonged to Santa Cruz’s Kenny Collins. It’s still there today. The next came not long after, from Coastside resident Tim West Jr. Gradually, through word of mouth, surfers approached Overfelt to store boards at his establishment during the offseason.

Now, with more than 50 boards on the ceiling, the assortment is not just an archive, it’s a storage hub for the who’s who of top-tier international surfers, including previous contest champions, world-record holders, Hawaiian watermen and perennial professionals. There are guns from Aaron Gold, a Hawaiian who holds the world record for largest wave ever paddled, a 63-foot behemoth. South Africans Grant Baker and Chris Bertish, two renowned Mavericks contest winners, both have boards there. Another belonged to the late Mark Foo, who died while surfing Mavericks in 1994.

Overfelt is grateful for the support he’s received and believes the success of the bar is a communal effort, connecting the surfers and staff. As a lifelong surfer, he sees the bar as an extension of the surfing community, both homegrown and abroad.

“I think they all take care of each other,” he said of the community. “It’s a small world out there. Even though all these waves get crowded, it’s still a small brother- and sisterhood. To have this place be an extension of that is an honor for me, my family and workers.”