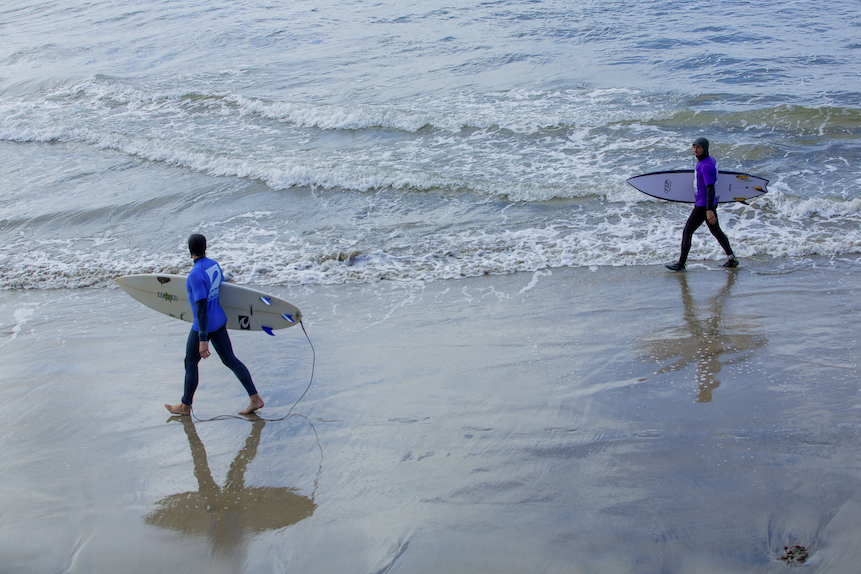 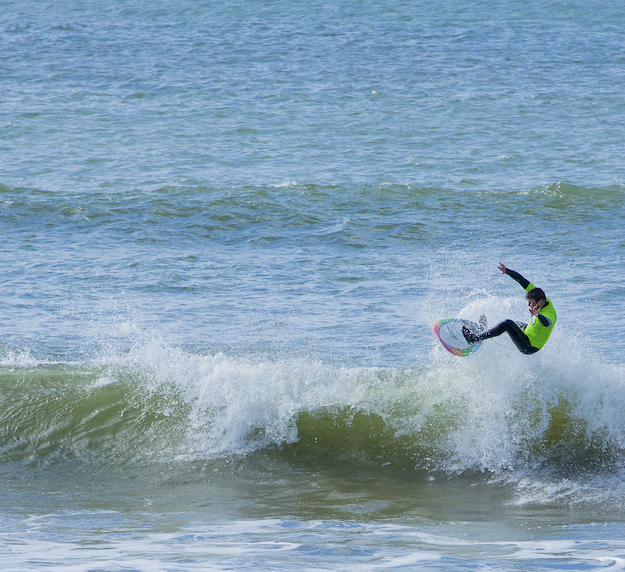 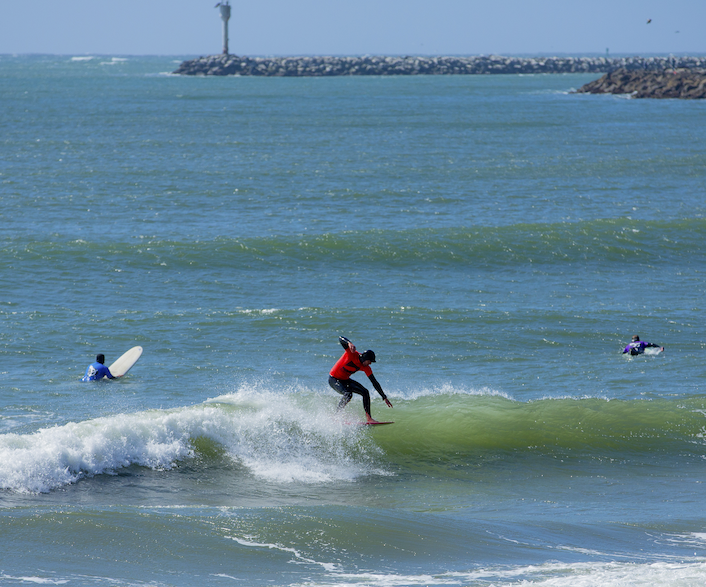 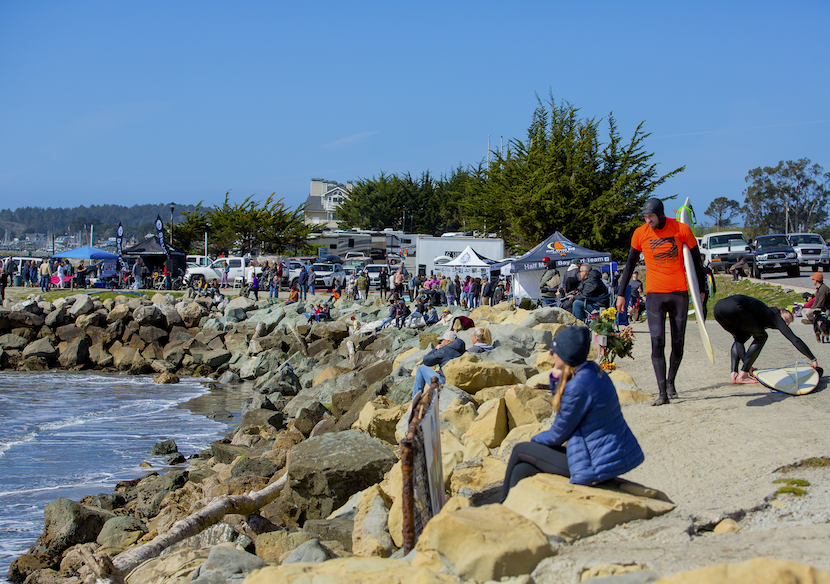 The Half Moon Bay High School junior incorporated a mix of headstands and deep carves throughout three heats to win the Wavestorm Division at the fifth annual Jetty Classic on Saturday. With 126

entrants across seven divisions, it was the largest turnout

the event has had since its inception. Nonprofits Sea Hugger and Surfrider Foundation set up goods to sell while live music from the Jim Moore Band and the Blue Jays could be heard across the lineup.

The event provided a rare platform for different generations to compete in a semi-formal format. The waves at Surfer’s Beach —"the Jetty” in the local vernacular — seemed sub-optimal in the early heats, but a rising tide provided

better waves throughout the day. Surfers of all ages and surf craft capitalized on them. Friends and family went at it all day despite unrelenting north winds.

Saturday was an all-day affair for volunteers and surfers aspiring to make the finals. At the award ceremony at the Old Princeton Landing, Finians Call provided more live music as the winners of each division were named. Along with Lindsey’s Wavestorm victory, Zoe Chait won both the Menehune (under 15) and Women’s divisions. Clay Johnson earned a round-trip ticket to Hawaii by winning the Groms. Jason Stark cruised to the Longboard title while Dom Spinardi repeated his victory from last year and once again got the best of the talented pro-am division.

Though it took a small village of volunteers to run the event, from judging to timekeeping and staying on schedule, the main organizer behind it was Chris Loeswick. He wanted this event to replace Uncle Dick’s Surf Fest, which was held in Pacifica and ended after being held for over 15 years.

“It was one of those things that brought Santa Cruz, San Francisco, Half Moon Bay and Pacifica all together,” Loeswick recalled. “I loved it. I guess they just got burnt out on it. I liked going to volunteer over there.”

Loeswick volunteers his share of time and money to make this contest run smoothly. A local Realtor, Loeswick grew up surfing in Half Moon Bay and is a talented surfer in his own right. Hosting a donation-based contest put a strain on him financially, especially during the first few contests. As more sponsors came on board and the contests drew more interest, he saw returns through his own real estate business.

“Some years, I was like, I don’t have any money to put this on,’” Loeswick recalled. “But people said I should put it on. As listings and buyers came, now I can put more money into it and make it more organized.”

Though plans for a live webcast fell through, he’s already eyeing improvements for next year’s grassroots contest.

“This is a community event that integrates music, fun, beach, barbecue and surfing,” Loeswick said. “That’s all I really want.”