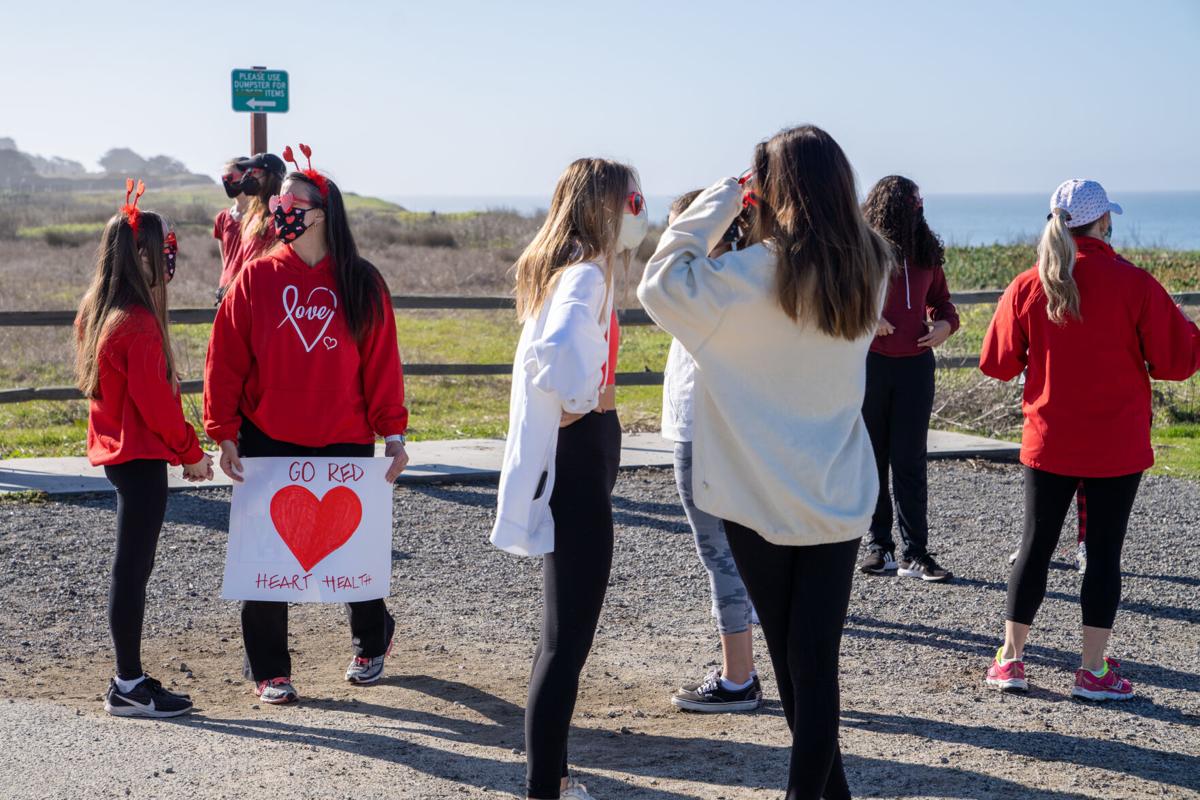 Women from the Coastside chapter of the National Charity League prepare to run and walk to raise awareness about heart disease at Poplar Beach on Saturday, Feb 6, 2021. Adam Pardee / Review 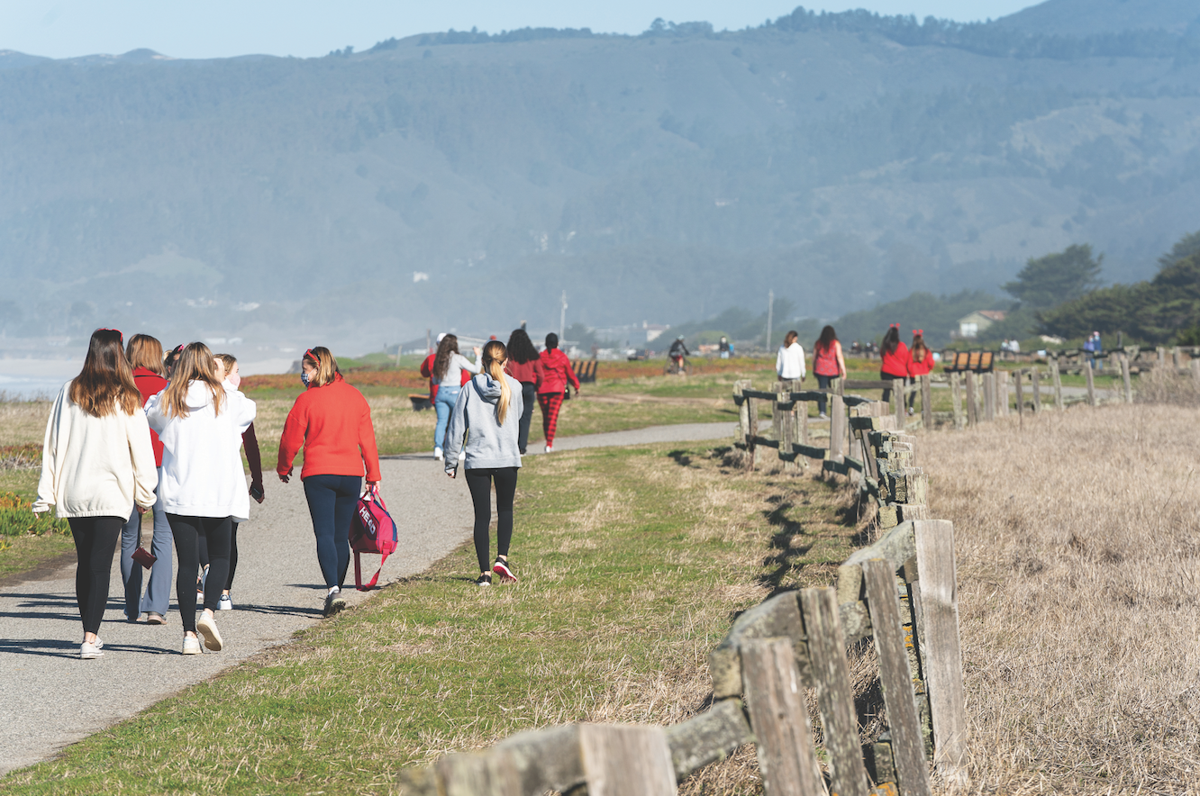 Mothers and daughters took part in a little exercise with a positive message on Saturday. Adam Pardee / Review

On Saturday morning, a group of nearly two dozen mothers and daughters gathered at the Coastal Trail in Half Moon Bay. All the women wore red clothing, indicating something larger was at work.

The women were members of the Coastside chapter of the National Charity League, which is currently recognizing February as American Health Month. Along with other chapters, the local group decided to form a fun run in a masked and socially distanced fashion to raise awareness about heart disease, a major health risk and cause of death for both men and women in the United States.

The American Health Month was founded by President Lyndon B. Johnson in 1964. Heart problems remain a big issue for many Americans. According to the American Heart Association, heart disease is the No. 1 cause of death among women in the country and kills more people than all forms of cancer combined. Cardiovascular disease, which involves heart disease and strokes, kills about 2,300 people a day.

One of the most well-documented ways to improve heart health is physical exercise, the very thing Coastside chapter members were doing on Saturday. Research suggests that regular, moderate exercise can be effective in combating heart disease. Other measures include monitoring blood sugar and cholesterol levels, treating high blood pressure and maintaining healthy body weight, according to the American Heart Association.

“We also want to share that message with our daughters, that no matter what body

type you have, you can always start working on your health, one step at a time,” said Christa Bigue, the chapter’s president.

The National Charity League is a philanthropic organization designed to pair mothers and daughters together for community service events and assist local nonprofits. The Coastside chapter formed in 2019 and covers Pacifica through Pescadero. In the three years since the chapter formed, mothers and daughters have worked together with 10 local nonprofits. Some of the work includes making sandwiches for farmworkers with Ayudando Latinos a Soñar, building hygiene kits for Coastside Hope, planting at Elkus Ranch, and delivering flowers to Senior Coastsiders.

The league is looking for girls currently enrolled in seventh through 12th grades to participate. Bigue said the priority for the nonprofit is getting young women to experience volunteering and becoming more civically engaged.

“We really want our daughters to take a leadership role and be compassionate around important issues, topics, campaigns, or things in general about the environment or community,” Bigue said. “This is that type of opportunity for them.”