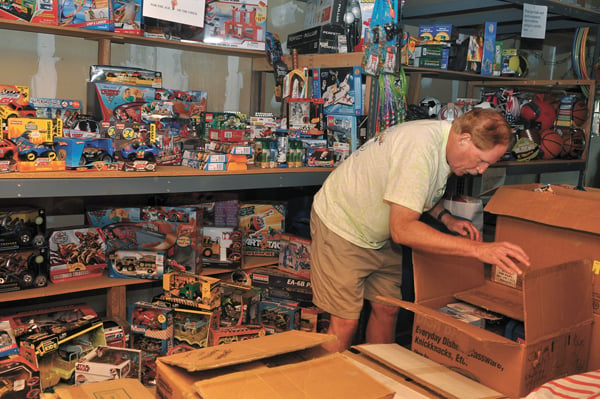 Coastside Hope volunteer Marc Strohlein organizes boxes of donated toys in preparation for the Adopt-a-Family program, which provides presents to families in need. 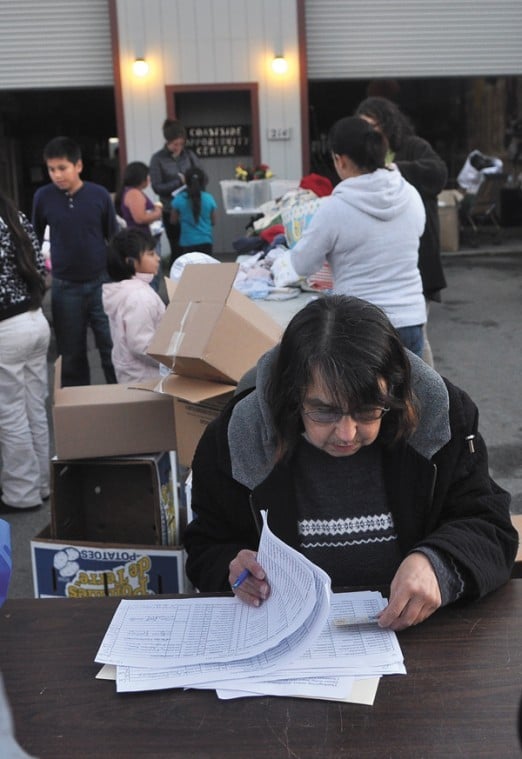 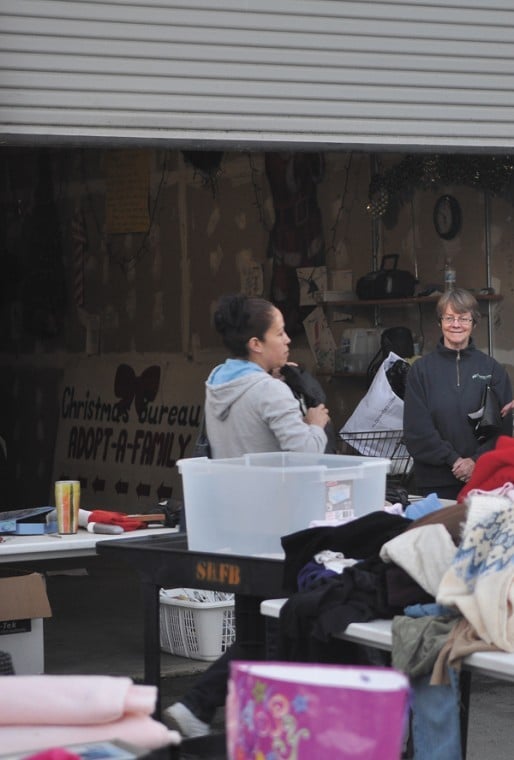 Coastside Hope volunteer Marc Strohlein organizes boxes of donated toys in preparation for the Adopt-a-Family program, which provides presents to families in need.

The warehouse at 214 Harvard Ave. in Princeton was abuzz on Nov. 21, as dozens of people entered and exited with full shopping bags. Toys and December holiday tidings went in, and tasty Thanksgiving foodstuffs went out.

As the seasons change and the Thanksgiving holiday gives way to Christmas, one constant remains: need. Coastside Hope’s volunteers have worked all year round to help keep hundreds of families and elders fed and warm this winter.

It began to come together last week as two major annual drives shared the warehouse’s space. Dividing the 2,400-square-foot structure in half, volunteers danced around each other for the November turkey giveaway and Christmas Adopt-a-Family programs, but at times good-naturedly collided.

“They (Adopt-a-Family) take over my space,” said, Julie Rupert of Half Moon Bay, this year’s food program coordinator. She waved at the half of the warehouse where Team Toy was set to sort, wrap and drop off gifts for participating Adopt-a-Family recipients. Only a narrow staircase separated them from the place where food was both stored and collected.

On Rupert’s side of the warehouse, three deep freezers contained meat, five double-sided refrigerators were packed with snacks and countless more donated items waited on shelves to be sorted. Every week, Rupert takes in at least 3,000 pounds of food. Last week, she had taken stock of 45 barrels that each contained 150 pounds of donated food.

“I’m just amazed at how generous everyone on the coast has been,” said Rupert.

Much of the donated food sat on folding tables right outside the warehouse. At the temporary marketplace, people picked up free fruit, vegetables, eggs, chicken, turkey and other foods to set their holiday tables.

Not everyone was there just for the food. The Procopio sisters, Yecenia, 21, and Fabiola, 17, were there to pick up ingredients for their mom’s holiday recipes and homemade pozole, but were also there to network.

“I like seeing who volunteers because they’re involved with the community,” said Fabiola.

It’s opportunities like these that have allowed her to volunteer to help out with elections and the local RotaCare clinic.

The afternoon was gray and chilly, but dozens of Coastsiders lined up around the warehouse. Despite the cold, some children wore T-shirts without jackets as they waited in line with their parents. They rubbed their arms to create friction for heat.

“Are these coats for anyone?” asked a volunteer who was circulating around tables with donated coats and blankets piled on top. “Can anyone take one? There’s a little girl freezing over here.”

The woman got permission to wrap the child’s shoulders with a new, used coat. The girl rejoined her family and they went to work picking food to fill reusable Wal-Mart bags, but the coats and blankets moved just as readily as the food.

“We don’t have space or time to run a thrift store,” said Rupert.

Every once in a while, people would peer curiously at the other side of the warehouse where cheerfully colored reams of wrapping paper and cardboard boxes filled with things marked for those who had made it onto Santa’s “nice” list were stashed. The goods for the Christmas Adopt-a-Family program weren’t ready to go just yet.

“That’s what we’re doing right now — the transition,” said Judy O’Leary, the volunteer coordinator for the Adopt-a-Family program. “By Saturday at noon, this place will look like a toyshop.”

As the used items were cleared out, they made room for brand new items. Without the Adopt-a-Family program, they would be out of reach for many people.

“The need has grown. Let’s face it,” said O’Leary.

U.S. Census Bureau estimates that nearly a third of the people living within San Mateo County are unemployed. More than 5 percent of Half Moon Bay area residents live in poverty. O’Leary, who keeps records of the families’ needs, said that the average family of four that participates in the program depends on a monthly income of about $1,600.

Fulfilling Christmas gift wishes is an ambitious process. It starts with people who donate money — usually $50 to $60 to each person in need — that is then spent by volunteer shoppers.

“If you know of anyone that likes to shop, I’ll write them a check,” said O’Leary. She explained that people interested in being shoppers could take a list of a family’s desired goods, purchase them, and get a receipt so they could be reimbursed upon donation.

After that, the gifts are delivered to the warehouse. About 200 people volunteer to wrap them. There may be 12 days of Christmas, but the Adopt-a-Family program has just 11 days to get them Christmas-tree-presentable.

If the Adopt-a-Family program can get enough shoppers, it will be able to serve 305 families. That covers 726 children and about 700 adults, including 57 seniors.

Thanksgiving is over, but even after the Christmas bows tie up, the work will continue as the Coastside community prepares for next year’s winter.

To volunteer for the Adopt-a-Family program, call O’Leary at (650) 273-3967. Learn more about Coastside Hope at www.coastsidehope.org.