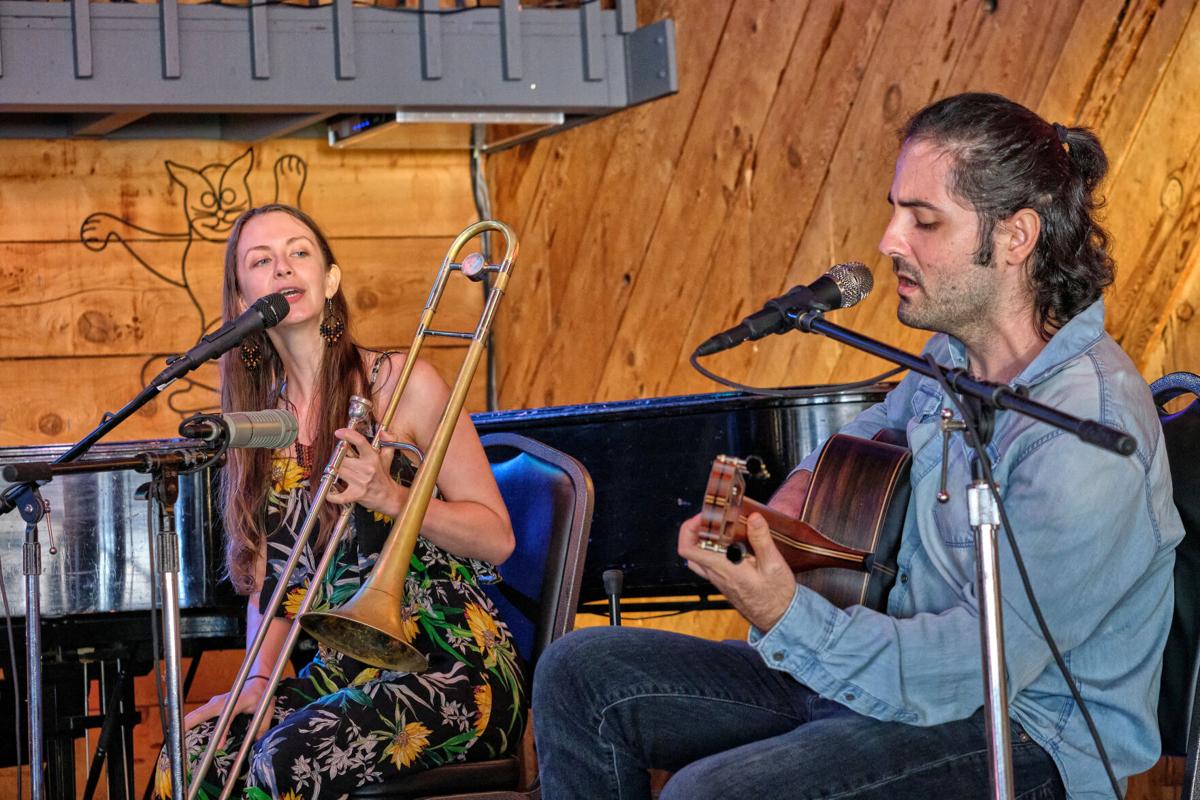 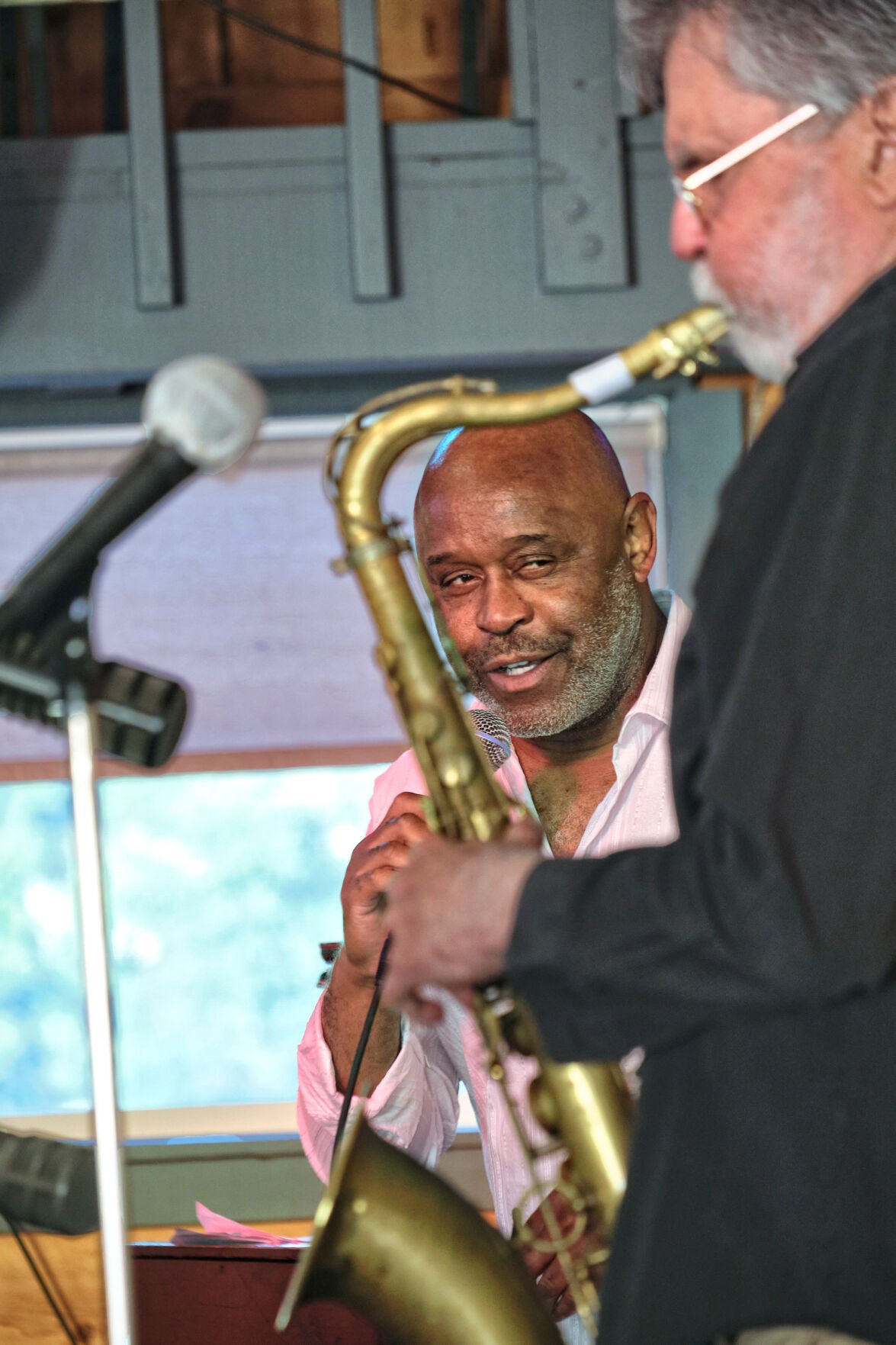 Times are hard for the music industry these days. But as the best jazz musicians know, improvisation may be the way forward.

The Bach Dancing and Dynamite Society closed to the public in March when the pandemic hit. Months later, owner Barbara Riching began getting Bay Area musicians to play at the Bach for ticketholders through a livestream. After the Bach’s membership drive several months ago, Riching wanted to step up the production to thank all those who donated and were still invested in the Bach.

Before the series of fall performances, she began looking for a streaming alternative to Facebook Live. Through word of mouth, Riching discovered HowLive.tv, a growing live-event-streaming company founded by a team of like-minded musicians and businessmen. Though headquartered in Palo Alto, it’s CEO is El Granada resident Gino Padua.

The Bach’s fall performances, which can be found at bachddsoc.org, are now streamed through HowLive. With new cameras set up and software installed, the Bach is one of the first jazz venues to join the platform, said Padua, who has seen the company expand rapidly in the year. Due to fallout from the pandemic, many event venues have shuttered and forced events to go online while musicians broadcast performances on social media. While a live audience can no longer gather at the Bach, the quality of musicians coming through the door hasn’t missed a beat. Like any production, there are logistical challenges and lighting concerns, but Riching believes she made the right decision.

“They have a complete solution,” Riching said of HowLive. “They have cameras and other equipment necessary for a good livestream. When you do it yourself, there are just so many variables.”

For professional musicians, a standard live feed from a social network doesn’t quite cut it these days. They lack a robust ticketing system, and tools for the artist like acoustic preferences and camera angles, Padua said. HowLive is an all-in-one solution for live event streaming. From aspiring musicians performing in garages to full-blown productions at large venues, HowLive offers artists and organizers a vast array of streamlined services. It can operate large productions remotely, which is a benefit for those looking to publish quality content with limited in-person attendance.

Padua said the last few months have “never been busier” for HowLive, and he estimates the platform has surpassed 400 performances since it launched in 2019.

“We’re probably the only solution in the market that uses proprietary hardware and software in order to make sure that we’re getting the performance results that we’re looking for,” Padua said.

For professional musicians, a standard live feed from a social network doesn’t quite cut it these days. They lack a robust ticketing system and tools for the artist like acoustic preferences and camera angles, Padua said. HowLive is an all-in-one solution for live event streaming, meaning artists can choose between the company’s software, hardware or both. Apart from capturing the live event itself, the company also offers built-in software for ticketing, live chat, donations, merchandise sales and sponsorship recognition.

This idea was hatched in 2017 by Padua, Janne Tamminen, Josh Armstrong and Marko Oikarinen all of whom are experienced musicians. The first edition was released in 2018, and, for most of last year, the team tweaked and refined the service while filing patents. This year, Padua has seen more than just musical acts on the platform. It’s been used for standup comedy, religious services and nonprofit fundraisers.

The team can also install robotic cameras, meaning the show will be a multi-angle production that can be controlled remotely, which streamlines the process and lowers the production cost.

Another local venue using HowLive’s tech is the Longboard Margarita Bar in Pacifica. But HowLive is expanding at a rapid pace. In the last several months, it has streamed Rosh Hashana and Yom Kippur services at the East End Temple in New York City, three days of drive-in concerts in Austin, Texas, and public rallies at the Belly Up Tavern in San Diego.

“If your venue needs a system that allows you to manage and produce professional streams,” Padua said, “this is all the gear you need.”