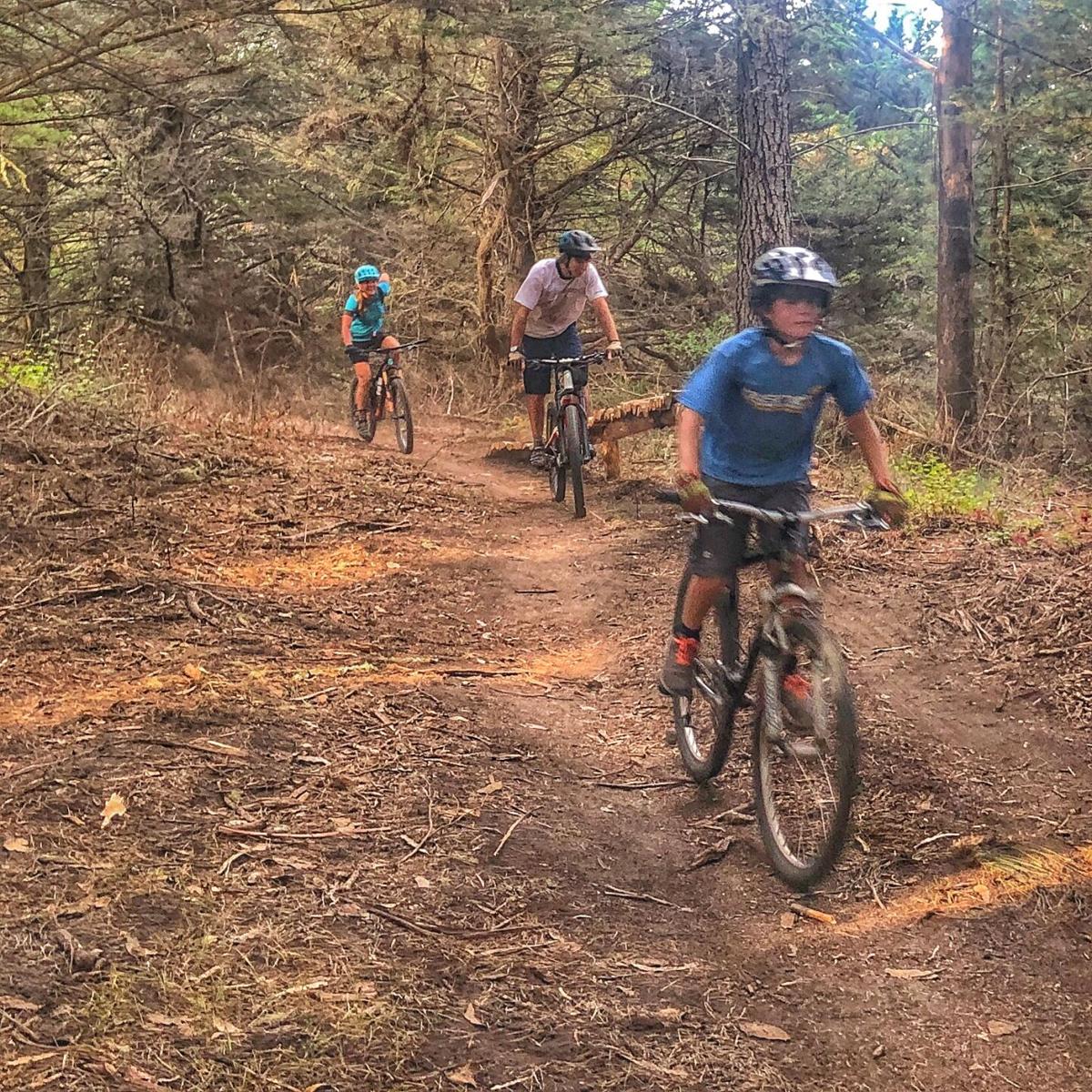 Coastside Mountain Bikers, seen here before coronavirus restrictions, say more people have taken to the local trails as a way to get out in nature. Photo courtesy Ric Barker 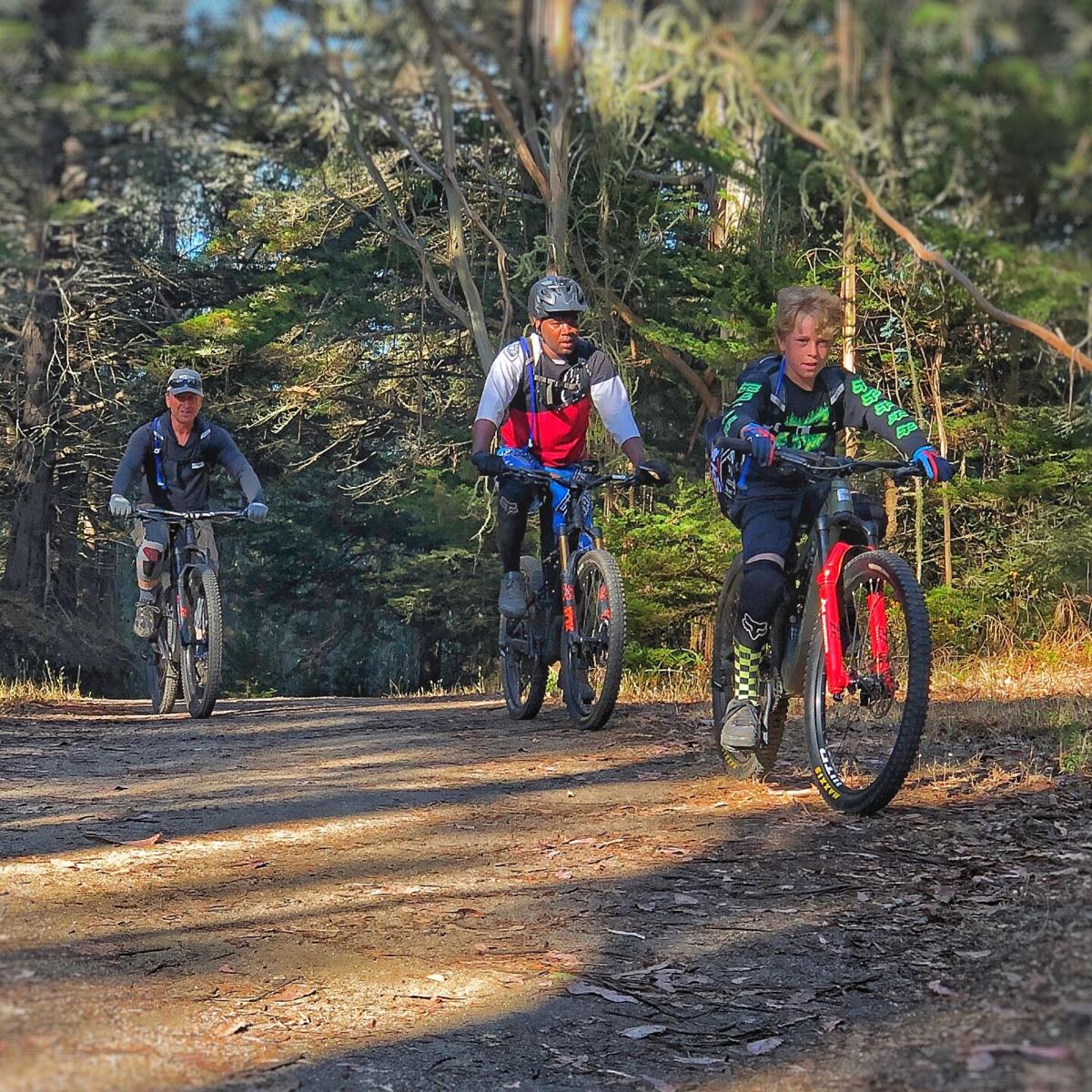 Coastside Mountain Bikers, seen here before coronavirus restrictions, say more people have taken to the local trails as a way to get out in nature. Photo courtesy Ric Barker

Since Tony Pereira has been working at Half Moon Bay Bike Works, he’s seen both old relics and state-of-the-art bikes come through the doors. With bikes flying off the shelves and public parks seeing more use during the pandemic, parts sold out and customers resorted to fixing up old bikes. Even if that meant dusting off cobwebs.

“I saw bikes being taken out of the shed that had been there for 10 to 15 years,” Pereira said.

Pereira is also a board member of the Coastside Mountain Bikers, a group of local riders that is poised to become a regular channel between active community members and public land managers. It formed nearly three years ago and identifies itself as a group of trail advocates committed to promoting mountain biking and safe use for all trail users.

“The whole idea is trail education and to have a sense of community between hikers, dog walkers and mountain bikers,” Pereira said.

The group is working with the San Mateo County Parks Department on the upcoming pump track at Quarry Park, and, after years of grassroots work, it’s in the process of filing for nonprofit status, according to Ric Barker, the chairman of the seven-member board of directors. Barker is a longtime biker and El Granada resident. He said nonprofit status will put the club alongside similar groups in the area, including Mountain Bikers of Santa Cruz, Silicon Valley Mountain Bikers, and SF Urban Riders.

“None of those cover the Coastside, which is why we came to fruition, to fill a need,” Barker said. “From Pacifica to Pescadero, basically on the west side of Skyline, that’s the area and trails we represent.”

Barker and Pereira both noted more bikers are on the coast compared to this time last year because of the pandemic. As Pereira put it, “Mountain biking exploded here this year.”

The sport, like many outdoor recreation activities, has been growing steadily as people look for safe and socially distant activities now that gyms and organized leagues shuttered. The group organizes trail cleanups and weekly group rides in Quarry Park, though the latter option has been limited since the pandemic began. It also works with public land managers and private property owners to keep safe and sustainable trails. Barker noted bikers and park managers “don’t always see eye to eye.”

One way riders connect is online through the Strava app, where they compare routes and segment times. While the board wants its 155 Strava members to enjoy friendly competition, in an effort to maintain a sense of responsibility the group discourages downhill segment “chasing,” meaning members don’t officially compete for the fastest times while descending trails. Barker explained he wants the larger mountain biking community to maintain a good reputation and not appear reckless, especially with hikers sharing the trails.

“It’s been used highly against trail advocacy groups,” Barker said of Strava’s GPS tracking data. “People love it and people get competitive, but it really is counterintuitive to our mission as trail advocates to say we’re out there being responsible and not encouraging racing on multidirectional trails.”

With local trails being used so much during the pandemic, Pereira believes the Coastside Mountain Bikers are in a position to raise awareness about using bikes safely and promoting positive interactions between bikers and walkers. Pereira referenced electronic bikes, which have sold well in the last year, as an example of how to educate bikers where it’s safe to ride and at what speed.

“We don’t want people getting hurt,” he said. “We want people to learn how to educate themselves on the trails and how to share the space with whoever has the skills or not.”

What were you thinking??? Mountain biking and trail-building destroy wildlife habitat! Mountain biking is environmentally, socially, and medically destructive! There is no good reason to allow bicycles on any unpaved trail!

Bicycles should not be allowed in any natural area. They are inanimate objects and have no rights. There is also no right to mountain bike. That was settled in federal court in 1996.

Of course mountain biking should be allowed- just as boats should be allowed in the ocean and cars on roads- all with good safe and responsible regulations to protect the environment as best can be done. This all or none thinking I'd medically, socially and environmentally destructive.

Did you really just copy and paste your same reaction to riding mountain bikes on Montara mountain back in April 2020?!?

Just looked this guy up (mjvande) and he replies this exact same thing (&more) on several sites. He was charged with assault with a hand saw on a mountain biker in the Berkeley hills in 2010.