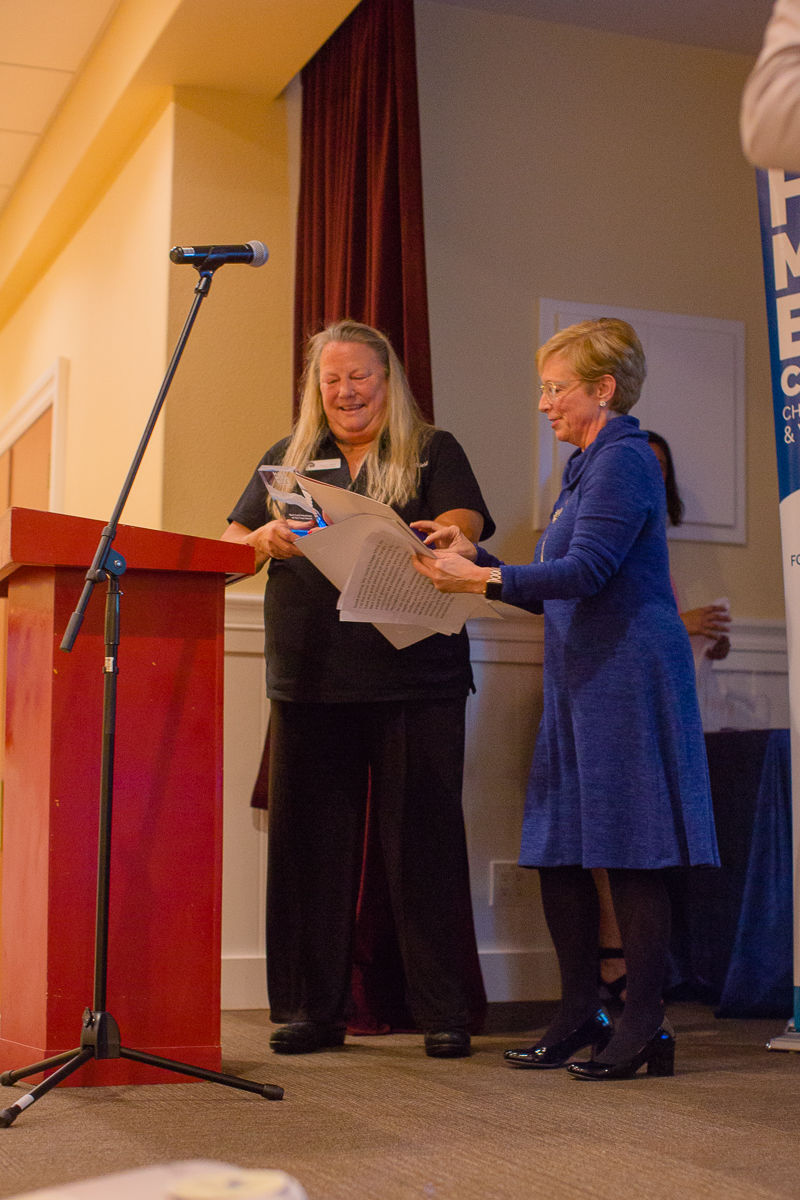 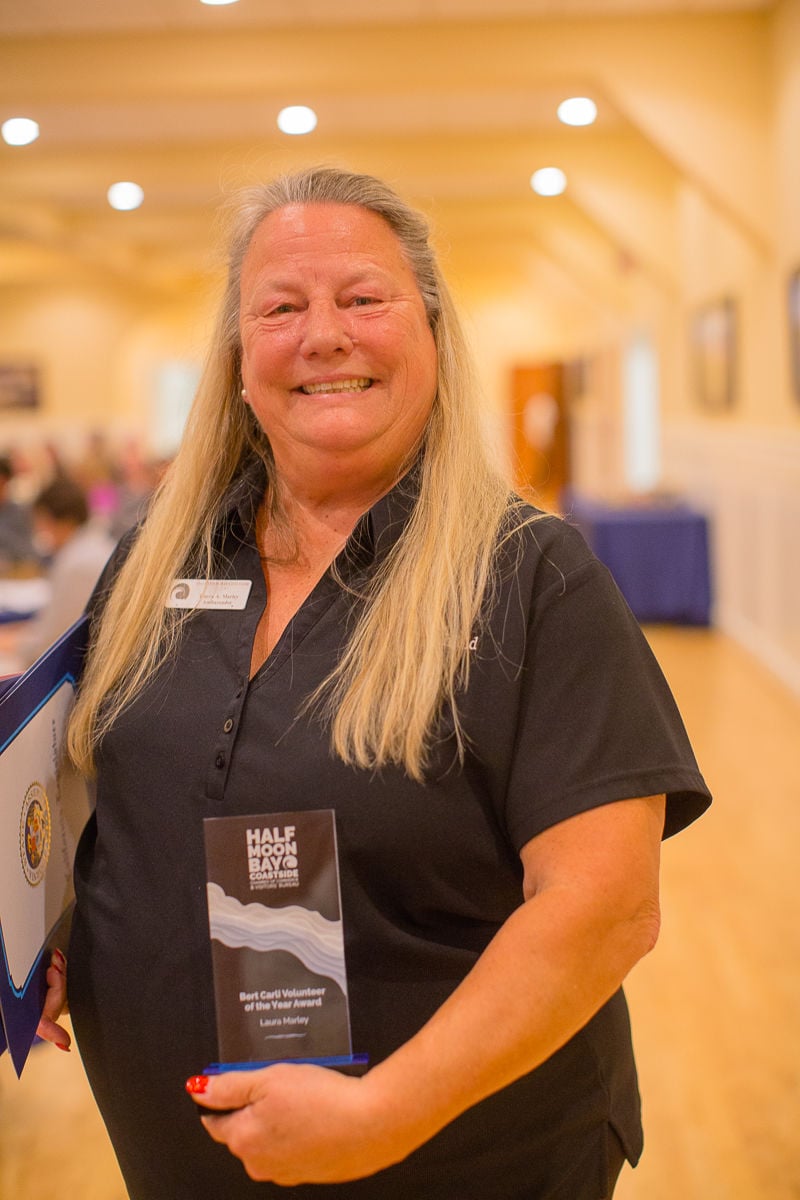 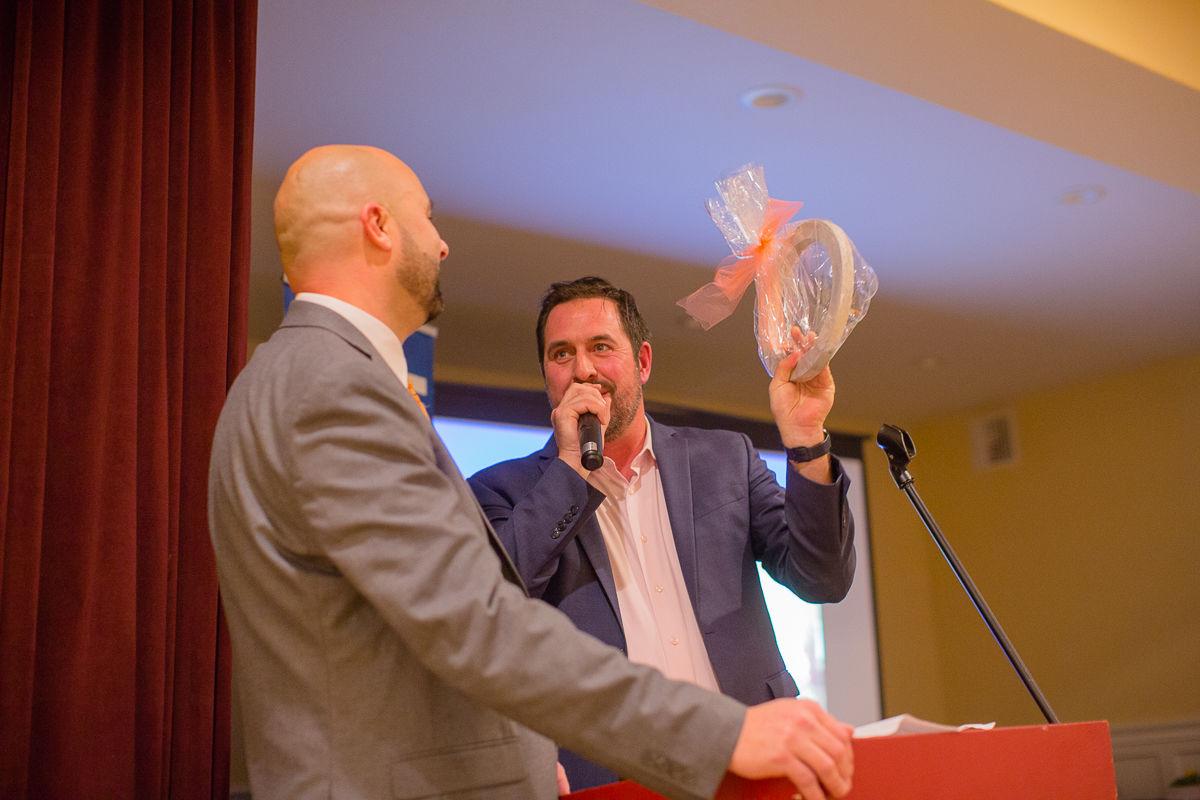 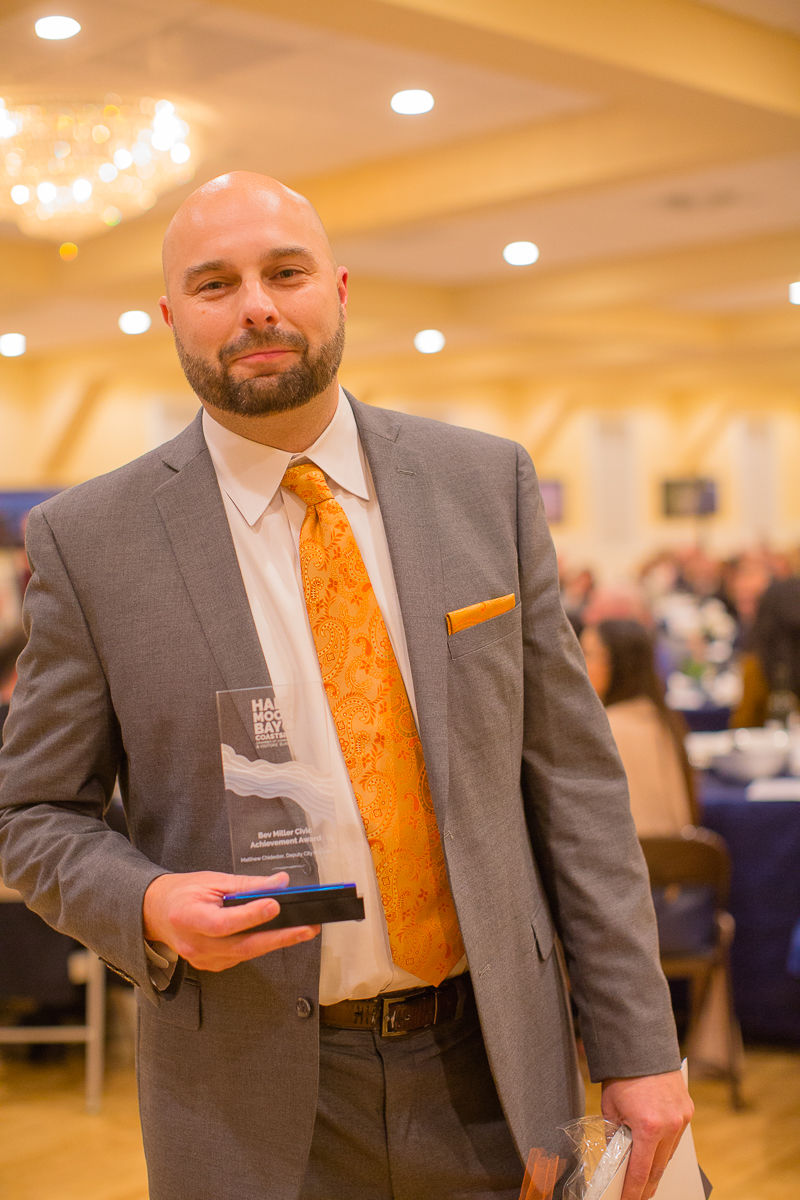 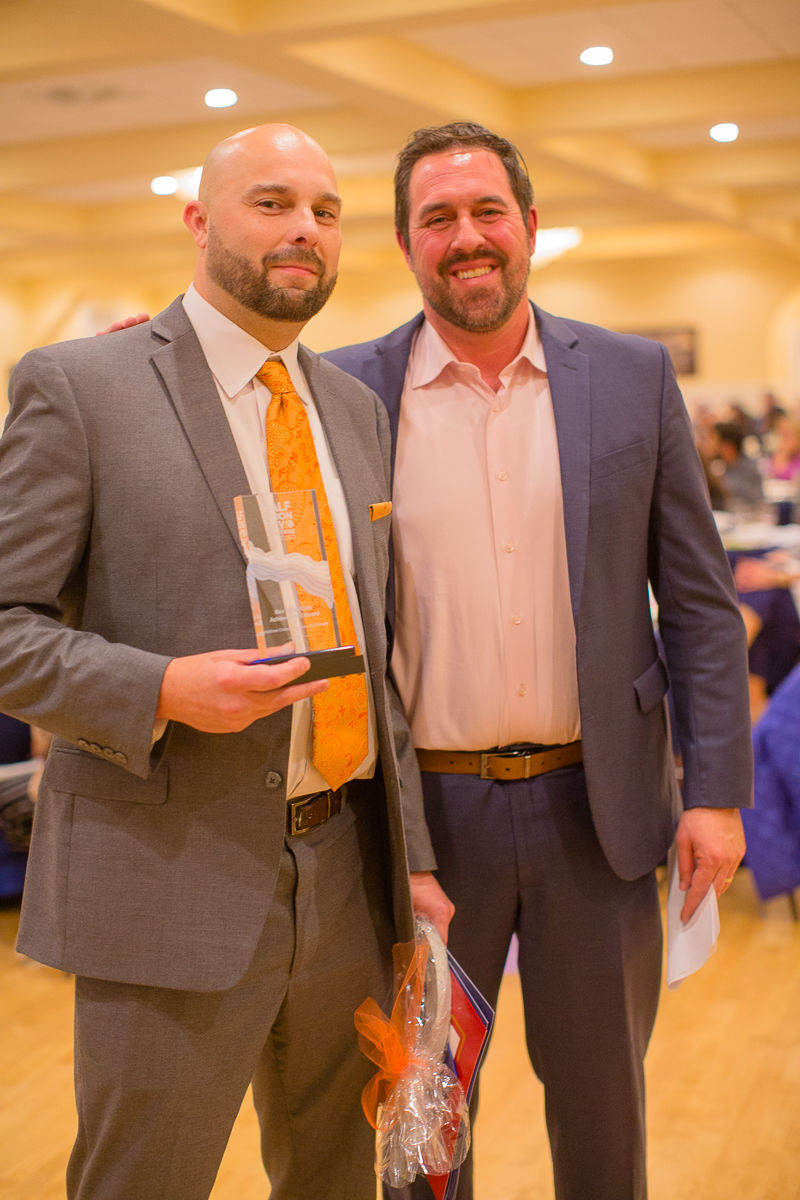 The Half Moon Bay Coastside Chamber of Commerce and Visitors’ Bureau hosted its annual award ceremony on Thursday evening, recognizing major contributors to the Coastside’s economy, public services and reputation.

“It was a huge unexpected honor,” said Shell Cleave, founder of Sea Hugger, which is dedicated to protecting the world’s waterways and beaches. “We’re just coming up on our second birthday, so to be recognized and have people see the impact we’re trying to make, that was the most important thing for us.”

Joaquin Jimenez was given the Role Model of the Year Award for his work in education and representing the Latino community. Jimenez began working at Puente de la Costa Sur in Pescadero in 2017 and worked with the Cabrillo Unified School District’s migrant education program.

“It’s a great thing not just for me but for the Latino community that a Latino person was recognized for this award,” Jimenez said. “There’s a lot of people in the community doing great work who are not recognized.”

In addition to working with ALAS and serving on the Latino Advisory Council, Jimenez was engaged in City Council meetings, advocating for his community.

“The loudest way of saying anything is doing it,” Jimenez said. “If we want something done then we have to take the initiative to do it.”