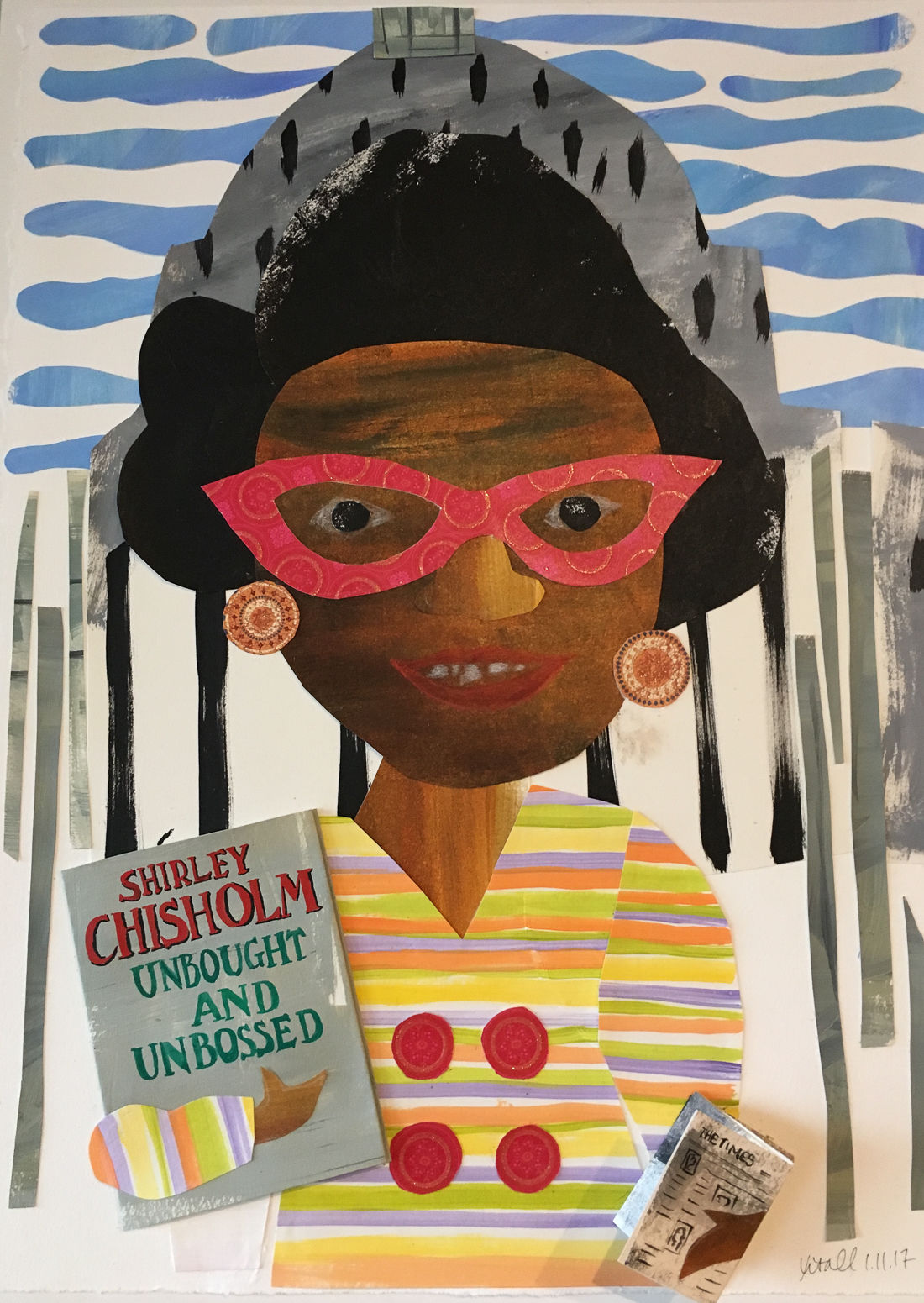 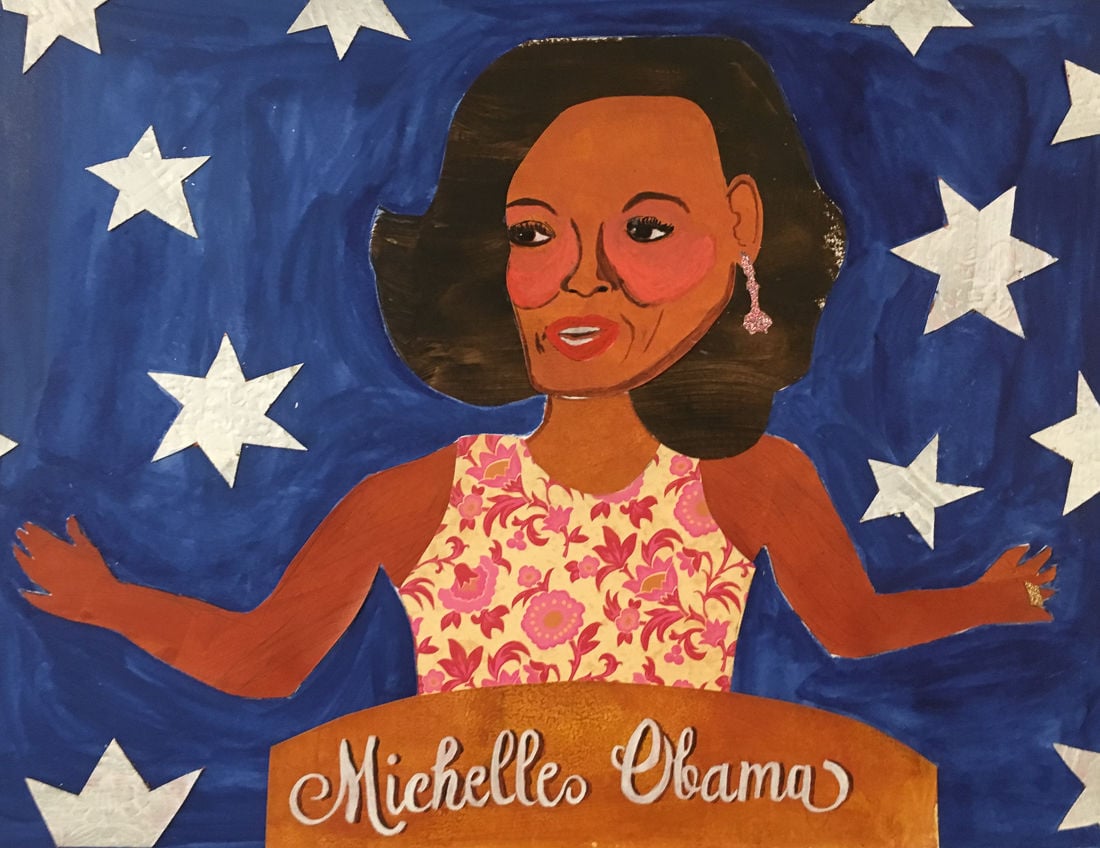 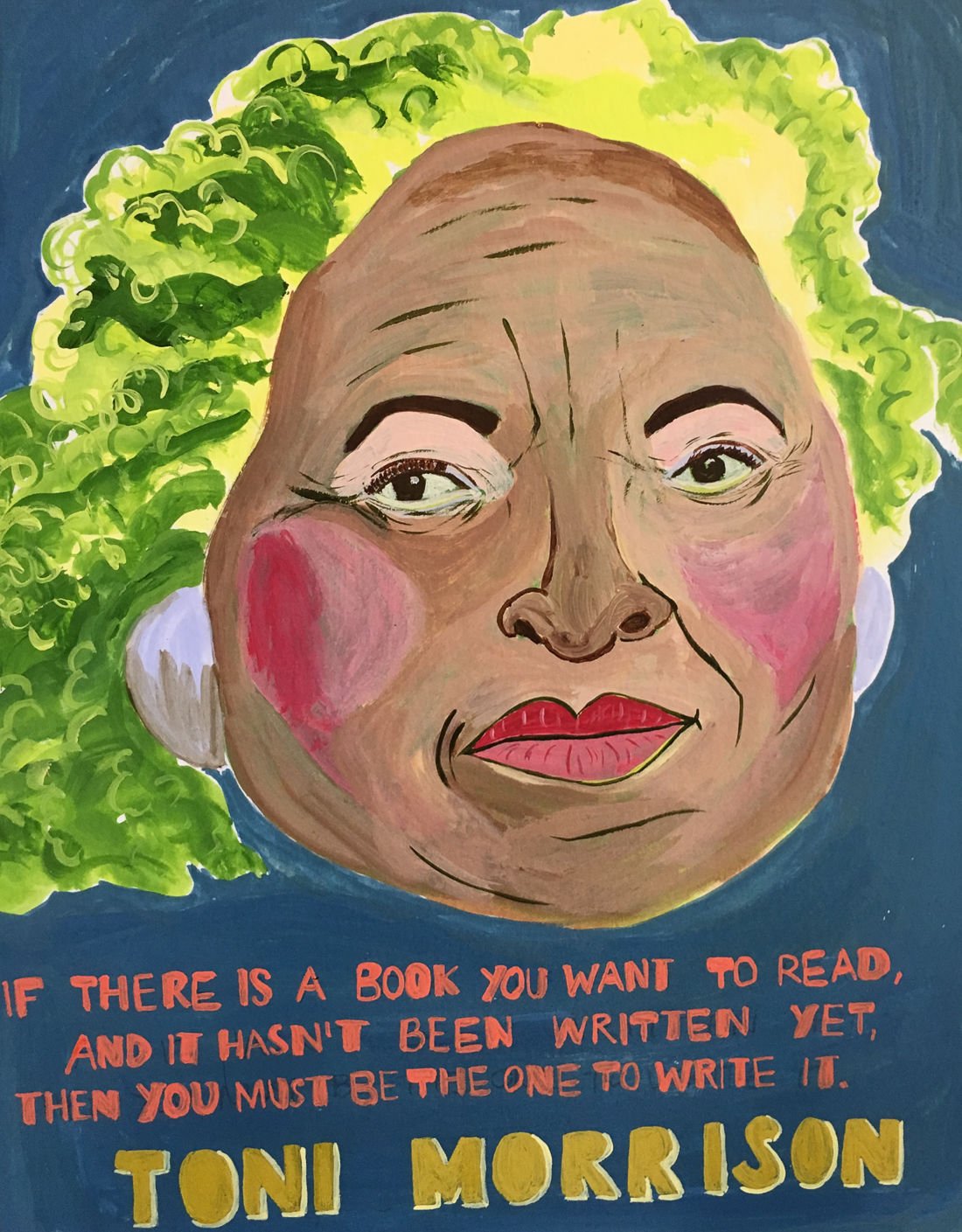 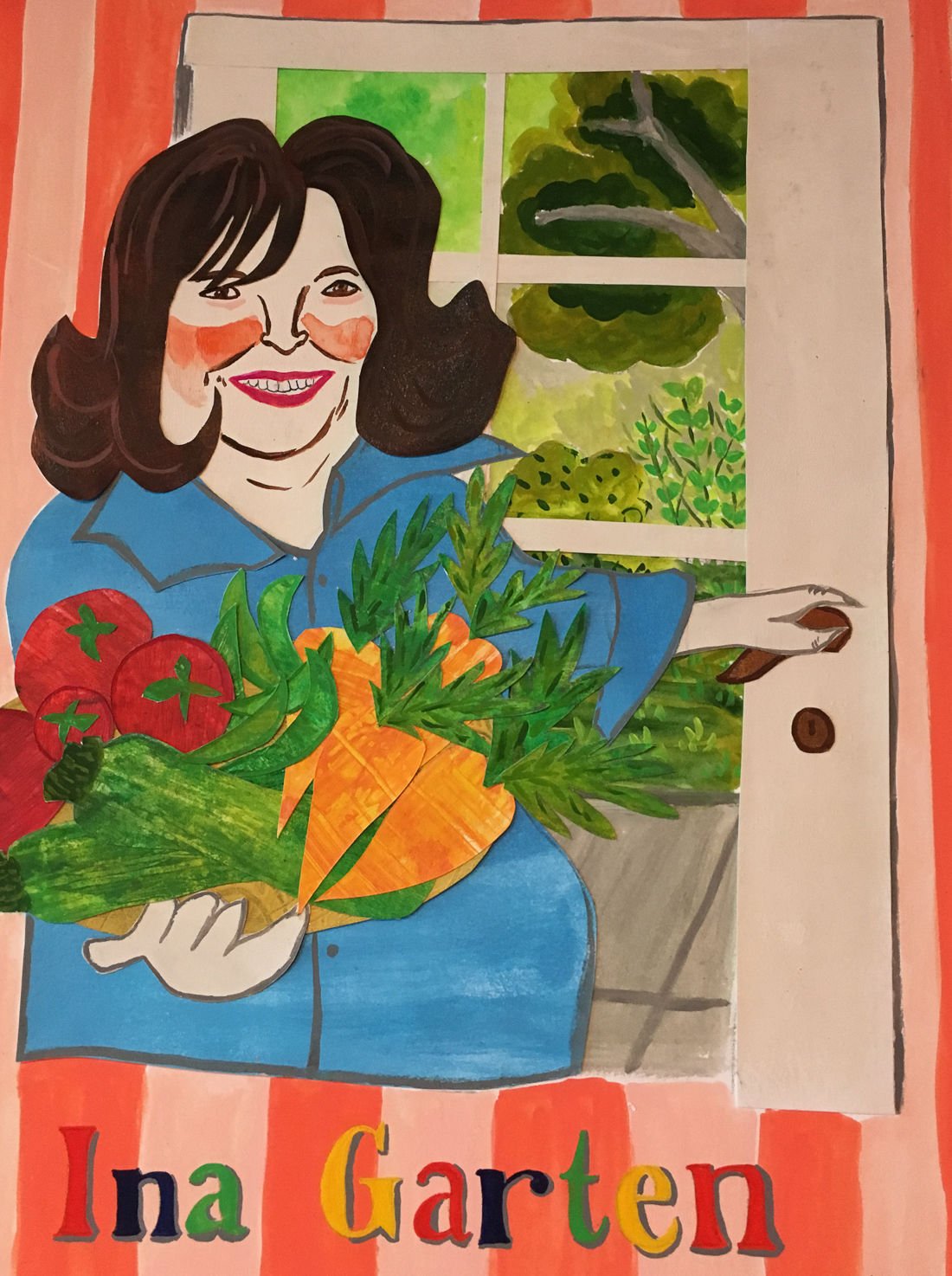 Inspiration struck at Bamboo Hair and Body in Half Moon Bay as an art installation celebrating brilliant women throughout history entered its second month.

“Each of these women shined a light with strength and conviction against insurmountable odds,” said Yasmin Caminiti, owner of Bamboo Hair and Body. “What a gift for those of us at Bamboo to be surrounded, reminded — particularly during these times.”

On display through May, the series of portraits, some painted and others crafted in the tradition of collage, came to fruition as a result of a daily art challenge issued via social media.

The call to action, dubbed “Badass Women,” was issued by Sarah Wilde Pearson and Sam Zabell via Instagram and included a list of influential women each month, with the number of women listed directly corresponding to the number of days in the month.

In Half Moon Bay, Lisa Chu, an American-born artist and illustrator, decided to rise to the occasion and create 31 portraits of “badass women” in 31 days. Before the project, she did not know about many of the women and committed to learning about them before attempting an artisitic interpretation.

“I knew I wanted to do something daily in January, so I was searching in the back of my mind for a theme, inspiration,” said Lisa Chu. “I was on Instagram where I saw the Badass Women Challenge. It was a list of 31 names. Something just clicked, I was like, yes, that’s what I want to do. The great thing about that was, at least half of the names I didn’t know.”

The list included some familiar faces, like Ina Garten, Tina Fey and Michelle Obama, as well as some unfamiliar ones. A few of the names ­— such as Mitsuye Endo, a plaintiff in the landmark lawsuit that ultimately led to the closing of Japanese internment camps — required a Google search to glean relevant information.

One of Chu’s favorites was Shirley Chisholm, an American politician, educator and author born to immigrant parents who hailed from the Caribbean.

Despite her humble beginning, Chisholm went on to serve as the first black woman elected to the U.S. Congress as well as the first woman to run for the Democratic Party presidential nomination.

“When I saw pictures of Shirley Chisholm from the 1970s, she had big glasses and this patterned dress,” said Chu. “She was larger than life.”

Chu also enjoyed crafting the composite of Endo, a subject who proved to be quite reclusive online.

“It was very hard to find an image of Mitsuye Endo; there’s only one or two,” said Chu. “She was the main party in the Supreme Court case that ended up with the ruling that proclaimed that the Japanese internment camps were unconstitutional.

“Someone had to find a specific, named person that would be representative in the lawsuit. She was a state employee, third or fourth generation Japanese descent,” Chu continued. “You look at her face. I was captivated by the one image that I found of her; she’s in an office, maybe she’s a secretary or a bookkeeper. She’s very docile, now she’s a name in a Supreme Court case that ended up in an important chapter of American history.”

The project caused Chu to reach artistically, specifically when it came to translating the human face from an internet photo to a much more tactile medium.

“I started doing faces, which is something I’ve never done before,” said Chu. “This was a stretch for me that I found to be very fulfilling creatively. I started playing with different forms, collage, which I’ve done in an abstract form.

“Collage is how I started doing art, cutting up magazines to create vision boards,” she continued. “I’ve never done it to represent something, to make a landscape or a figure or something. I’ve done collage but not in this way.”

Chu hopes to share what she learned during her month-long artistic journey with others considering the art of collage.

“Collage is like play for me, specifically finding ways to use textures, colors and patterns to make the person and the whole picture,” said Chu. “Doing collage in this way actually made me more playful.”

In this session, she will challenge participants to channel the qualities of bold, audacious, daring, authentic, strong and sassy women throughout history and throughout the world.

“I’m asking people to choose their own badass women and to bring a picture of her as well as a one sentence quote of who she is and what she’s done,” said Chu. “We’re going to take that as a launching point as we explore what makes a badass woman a badass.

“Those are the qualities that we’re going to tap into as we take a blank canvas and do something,” she continued. “I’m going to have paint and collage materials, but I’m not going to dictate what people choose, in order to really connect inspiration of qualities in a badass women and create something personal of a badass woman in us.”

The Bold, Audacious, Daring Women workshop is scheduled from 2 to 5 p.m. on Sunday at the New Leaf Community Market Classroom. Cost for the session is $25. For more information, visit newleaf.com/events.

Sea Crest School dove into Coast Week on Monday. This year for their annual week of marine a…

CoastPride, a nonprofit designed to uplift the Coastside LGBTQ+ community and allies, has an…

HMB High School seniors get one last dance together

As the pandemic cancels many milestones and traditions on the Coastside, a group of local pa…

Coastside neighbors rally to support one of their own