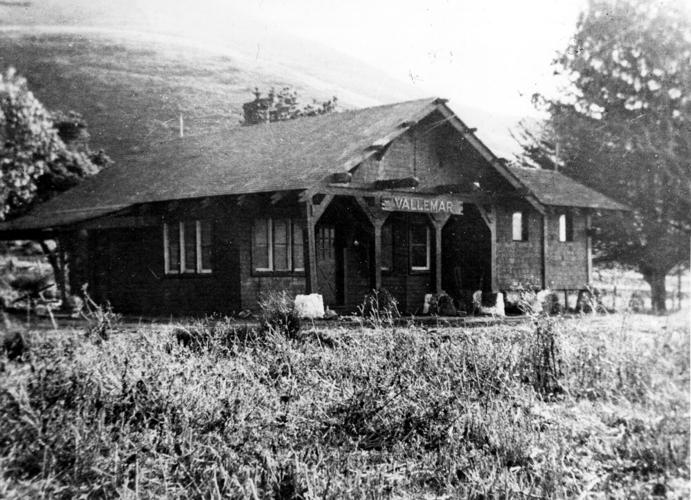 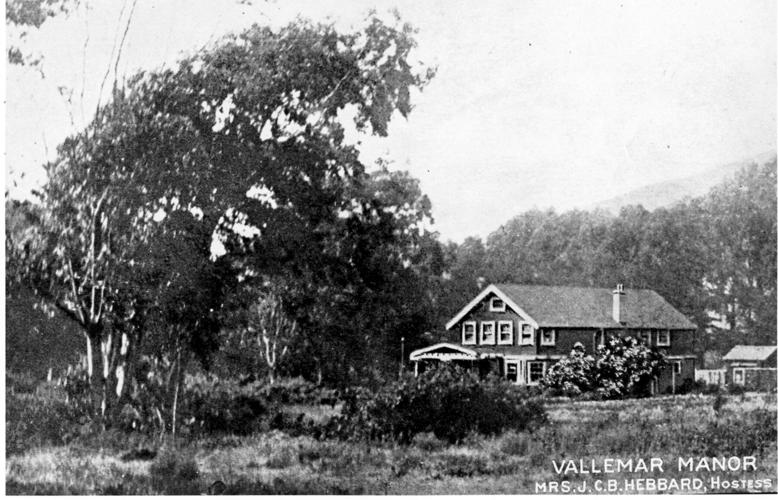 The major influence in the development of the Vallemar district environment in Pacifica was the well-traveled George Rich Sr.

His family came west from New England after the Civil War and settled in Palo Alto. After graduating from Stanford University with the first class to do so in 1895, Rich lived for a time in the Los Angeles area while selling mining machinery in the Western states, Alaska and Texas. With his savings, he bought land in Vallemar, east Rockaway Beach, Montara and Moss Beach.

The Vallemar land was used for grazing in the eastern portion and artichokes at the valley mouth. Curbs and sidewalks were built in 1906; Rich named most of the streets for parlors of the Native Daughters of the Golden West.

To satisfy permit requirements and help attract lot buyers, his son Claude and his wife, Bertha, built a picnic area and dance pavilion near the intersection of Bonita and Minerva avenues. The pavilion and picnic grounds became a social center and baseball field in the 1930s. The pavilion held up to 200 persons, and was also used for boxing matches in the 1940s.

An additional enhancement was planting the trees along Calera Creek, including Monterey pine, Monterey cypress, eucalyptus, acacia, Canary Island palm and Dracaena palm. Trees were ordered in batches of 100 from a nursery in Los Angeles. Cattle and hogs were raised as well as the Pendola family’s flowers. The Riches built Vallemar Station to get the Ocean Shore Railroad to stop to pick up freight.

Vallemar Manor was built in 1908 on the corner of Bonita and Reina del Mar avenues to host potential lot buyers. After the Ocean Shore Railroad ceased operations in 1920, it became the Rich family home. It was dismantled in 1960 after suffering earthquake damage in 1957.

In time, houses replaced the picnic grounds and pavilion, and George Rich’s daughter, Dora Rich Geiser, donated creekside lands to the city of Pacifica. A plan to construct a bridge and exercise area along Calera Creek between Hiawatha and Natoma avenues failed to gain the necessary resident support in 1983. The preference was for maintaining a more natural environment.  However, as the trees have aged, disease has affected the pines, and some eucalyptus have developed crown rot requiring the city to cull some in the name of public safety in 2005-2006.

Nonetheless, Vallemar remains one of the most beautiful districts along the Coastside. Coastside

Jerry Crow is a member of the Pacifica Historical Society. To learn more about the organization, visit pacificahistory.org.