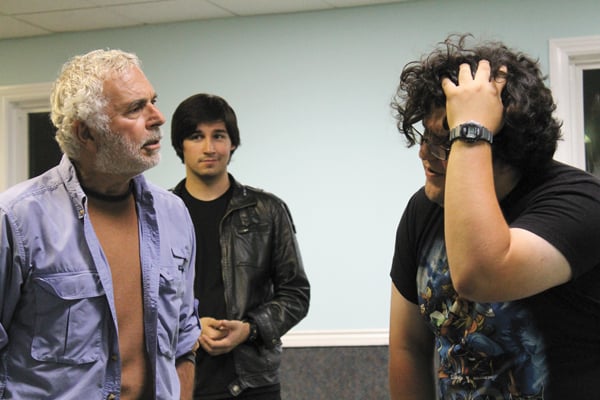 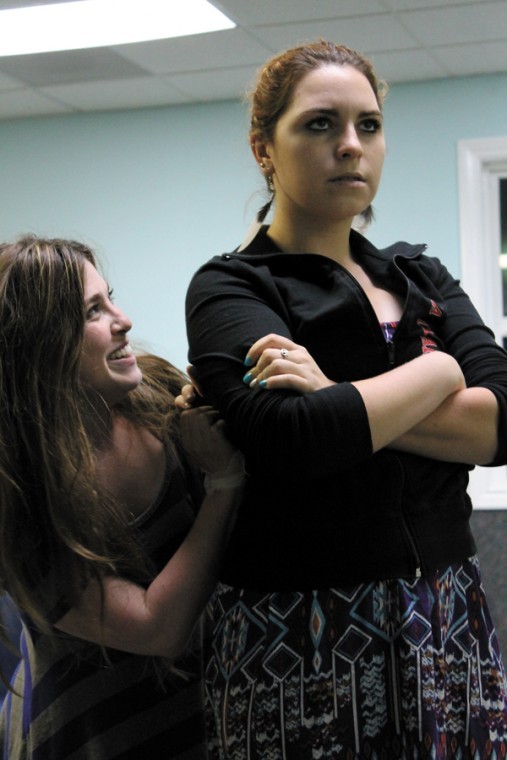 In a dim hall, Kate and Petruchio sidle up to one another. Her nostrils flare and her eyes shoot sparks; his chin tilts up and he looks down on her with a superior air. In another moment, they’re having it out.

This classic confrontation from “The Taming of the Shrew” by William Shakespeare is familiar to anyone with a soft spot for the plays of the Bard. It will be enacted, with nothing less than full sizzle, as the debut production of the newly formed Half Moon Bay Shakespeare Company, as part of its goal to bring the works of the Bard and other classic playwrights to the Coastside.

“I feel like this is a great way to start,” namely with a Shakespearean comedy, said Half Moon Bay resident and company co-founder Robert Pickett. Paraphrasing Shakespeare, he added with a twinkle, “Who tames who, is the question?”

“Taming of the Shrew” is what Pickett described as a “problem play,” with major obstacles facing the characters. In this debut production, 17 Bay Area actors, some of whom are Coastsiders, are bent on solving them.

In Padua, Italy, the venerable Baptista (Gino Rose) has two daughters of marriageable age, but has stipulated that the eldest, Kate (Lindsay Slyter) must marry before the youngest, Bianca (Rachel L. Jacobs,) who is desperately in love.

But there’s a problem: Kate is well-known for a shrewish ill temper that has men wanting nothing to do with her. Until Petruchio (Abhi Katyal) who, flush with an inheritance and the desire to settle down well, arrives to “wive it wealthily in Padua” and settles on the seemingly impossible task of transforming the spirited Kate to a docile wife.

Cognizant of many who deride the play as chauvinistic, director Pickett set it in the 1950s, when women were emerging on their own merits and not the chattel of husbands.

He arrived at that decision after discussion with managing director Mollie Stickney, also of Half Moon Bay. In addition, the more contemporary setting could refresh the 16th-century play.

“It gets old, all the time, the Elizabethan setting,” said Pickett. “Directors feel — myself included — Shakespeare is timeless, and put in a more modern setting, gives it a fresh outlook. It’ll be like seeing it for the first time.”

A Shakespeare aficionado since attending the Napa Valley Shakespeare Festival, Pickett, an actor and director, wanted to bring Shakespeare to the Coastside. He spoke to Cameron’s Restaurant and Inn owner Cameron Palmer about his plan, and Palmer offered his “Outback” as the play’s venue.

Giving it flavor will be a roughly 15-minute preshow (and intermission show) of recorded music that will revolve around the era, borrowing from Fellini films. The costumes and choreography were the work of El Granada resident Lisa Claybaugh, also a player in the creation of the local Shakespeare company.

The gates will open an hour before the show, and food from the restaurant will be available.

Both Pickett and Stickney agree that seeing a performance of a Shakespearean play, especially in an innovative setting, is much more conducive to understanding and enjoying it than reading it. “If you see (Shakespeare) done well, and it’s a refreshing new way to approach a classic, it will keep it alive,” Pickett said. “(Shakespeare and other classic plays are) not meant to be read. They’re always meant to be performed. I’d like to have an Ashland (Ore., home of the storied Shakespeare festival) right here on the coast.”

“If you see it live, the story comes across, as opposed to reading it on a page,” Stickney, a professional actress who has focused on doing the classics, agreed.

Coastsider Mo Robinson, well-known locally as a folk singer/songwriter, had acted in some Shakespearean plays in England and his native Ireland before taking the role of Vincentio in this play.

He is eager to bring the experience of outdoor Shakespeare to Coastside audiences. “It’s wonderful, aiming for open-air productions,” he said.

Fellow Coastsider Paul G. Smith, a regular performer with Coastal Repertory Theatre, plays Grumio in this production and said he thinks that a local Shakespeare company is a good thing.

“It’s a great outlet, not only for the actors but for audiences who want to see this kind of thing,” Smith said.

He added that doing Shakespeare is “a whole lot more work” than the works of contemporary playwrights, but that the Bard’s facility with language provides everything an actor needs, providing the actor can read between the lines to the playwright’s intention. “Nothing’s written into the script, and everything’s written into the script,” fumed Smith.

For the two leads, both highly experienced actors, delving into that language and the backstories implied there is a treat.

Katyal says he prefers classical theater in which language is the focus and “the primary means of expression.” A longtime Bay Area actor, he said he sees Petruchio going through a transformation in the play, from a well-to-do citizen looking for a wife from a practical standpoint to become genuinely intrigued by Kate, in whom he has met his match.

It’s mutual, said Styler. “She’s intrigued by him; she’s captivated by him” but, due to personal unhappiness and her own high spirit, she refuses to knuckle under to convention.

More classics will come to Coastsiders through the new company, with which Pickett said he hoped to do an annual classic show, in which fluid and emotive language is key.

Tickets for “Taming of the Shrew” are $20 and available at the door and at Coastside Books, at 432 Main St.