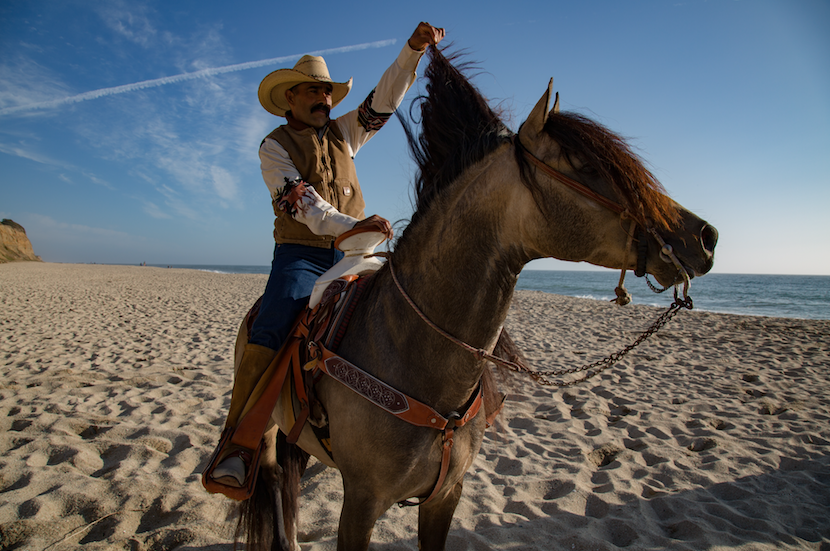 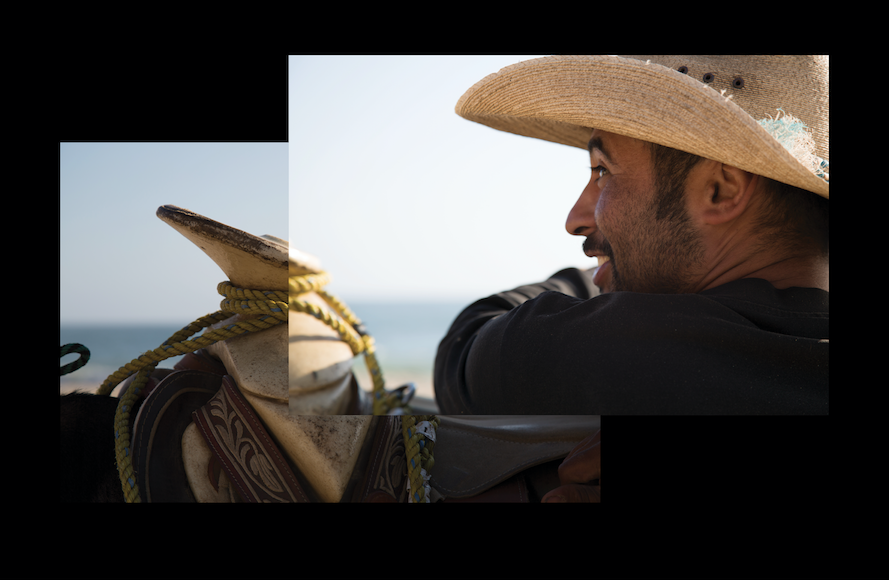 Coastside photographer Beth Pielert was drawn to an aspect of the lifestyle brought from south of the border to our shores. Photo courtesy Beth Pielert

Coastside photographer Beth Pielert was drawn to an aspect of the lifestyle brought from south of the border to our shores. Photo courtesy Beth Pielert

While riding her horse along the coastal trails, photographer and filmmaker Beth Pielert often came across men and women in large, white hats sitting atop broad saddles. Their weathered hands delicately clutched reins attached to ornate bridles, and their horses actually seemed to dance.

Pielert was so inspired by the beauty and mystique surrounding this style of horsemanship that she whipped out her camera and started snapping away.

The result is a series of photos in vibrant colors that capture a slice of life in Half Moon Bay.

The word vaquero is used to describe this tradition of riding, which has origins in both Spanish and Mexican cultures. Pielert’s upcoming exhibit at Café Society, titled “Vaquer@ Mexican@s” is a clever play upon that word and the concepts it embodies.

According to Pielert, vaquero Mexicano is masculine and translated to “Mexican cowboy.” She chose to use the @ symbol in the title “Vaquer@ Mexican@” to be gender neutral and inclusive.

“Vaquero and charro have to do with the different hats and dress that they wear,” said Pielert. “The show is called Vaquer@ Mexican@ because of the style of clothing and the style of tack.”

In a nod to her filmmaker roots, some of the photos are arranged in a sort of filmstrip layout. The sequences were skillfully put together by Sylvia Teng and tell a story, as in the series of photos of Roberto whose stallion seems to dance on the sand.

“Roberto is riding his stallion, right down at Kelly beach,” said Pielert. “Roberto is also my farrier. He does my horse’s shoes.”

The arrangement of photos invoke a diversity of emotions. In one photograph, Pielert features a beautiful young women wearing a traditional vibrant dress. In another series, she features a seasoned female rider dressed in a buttoned-down shirt and jeans.

“Lynne is the one vaquero who is not Mexican, but she loves it so much and she loves the tack,” said Pielert, referring to the female rider. “So I have her in the show too, because it’s just kind of cool.”

Of equal importance is the story behind the images. The subjects are an intergenerational representation of horse knowledge passed on from father to son (or to daughter in some cases).

Pielert’s own personal story also factors into the exhibit.

“My paternal grandmother told us she was half Spanish all her life until the very end when she finally admitted our Mayan Mexican heritage and her maternal family name, Gonzales,” said Pielert. “My grandmother had a tough life, orphaned as a young girl, she identified with her father’s French Canadian heritage and wove a tale about her mother being Spanish.”