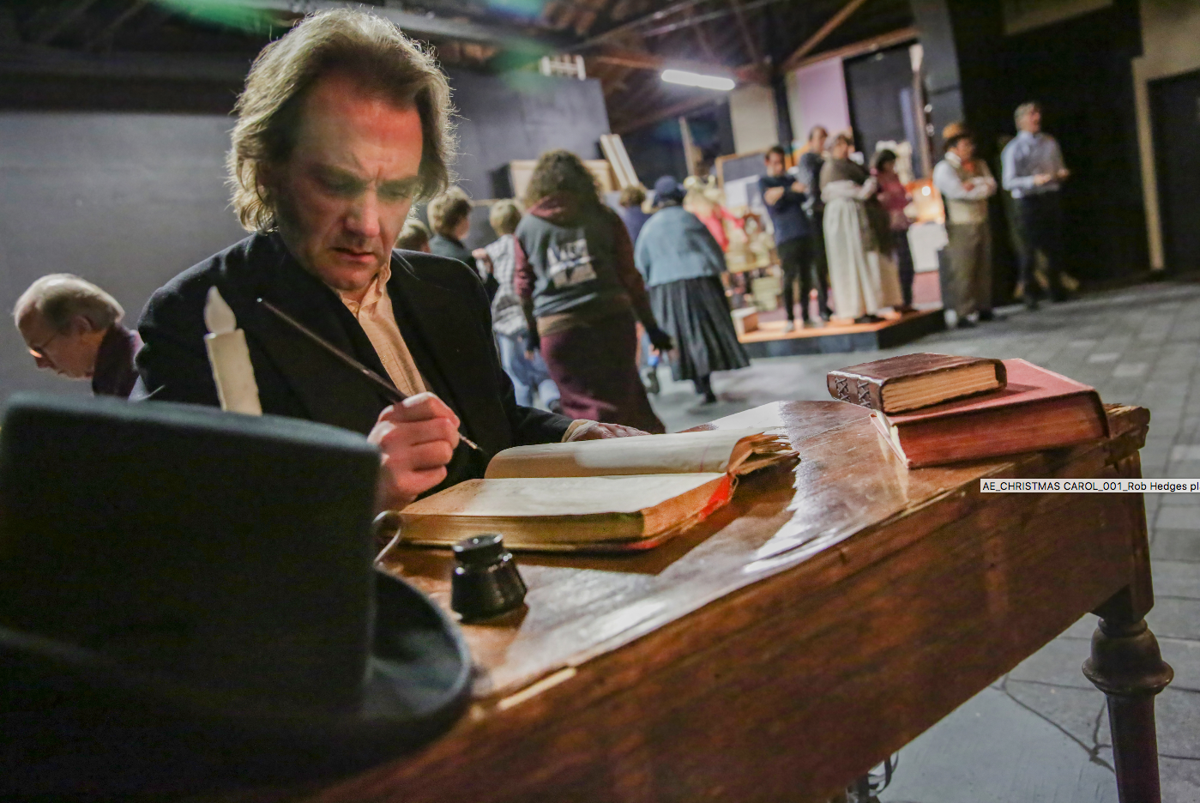 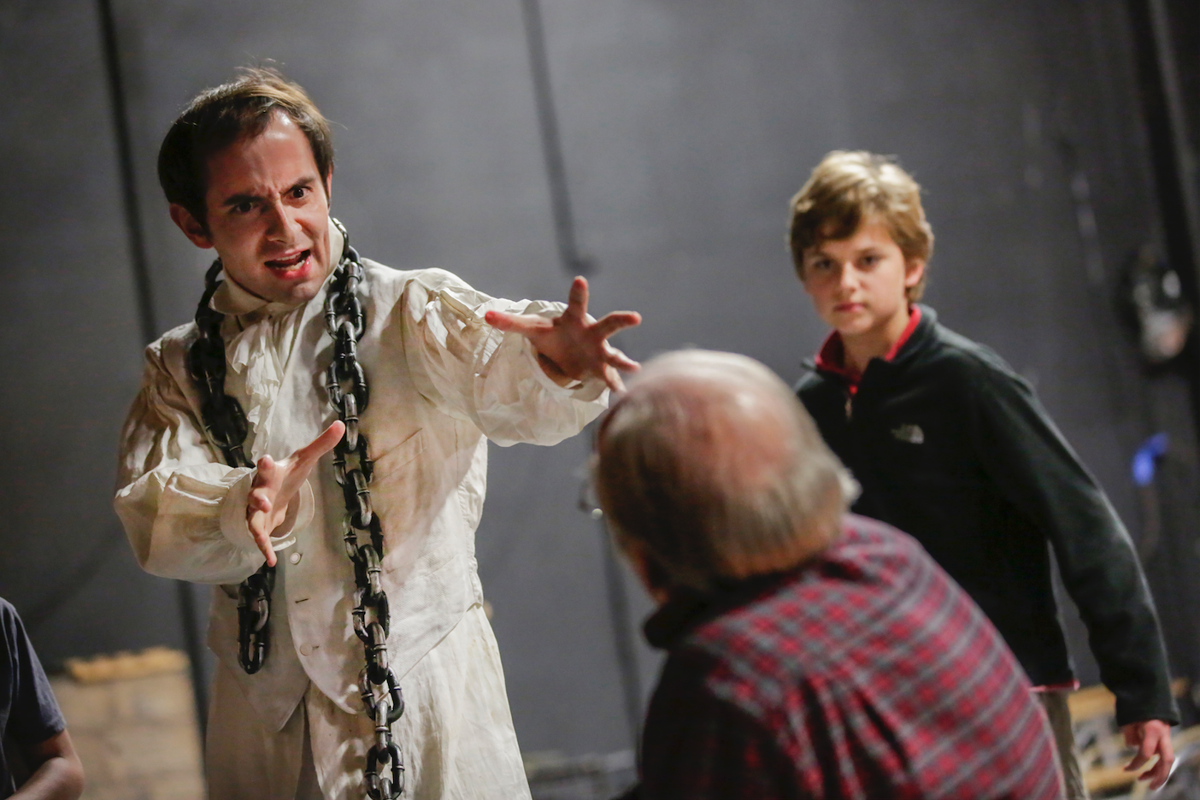 Johnny Villar rehearsing his role as the ghost of Jacob Marley, who warns Ebenezer Scrooge about his upcoming visitors. Kyle Ludowitz / Review

Johnny Villar rehearsing his role as the ghost of Jacob Marley, who warns Ebenezer Scrooge about his upcoming visitors. Kyle Ludowitz / Review

Every Christmas, traditional holiday tales reemerge. The list of Christmas-themed stories is vast, but few have captured the imagination like Charles Dickens’ 1843 novel “A Christmas Carol.”

Next month, the Coastal Repertory Theatre will take on the Dickens classic. Directed by Gail Erwin and produced by Ginger Cutter, the play will run Fridays through Sundays from Dec. 6--–22. Tickets can be found online at coastalrep.com. It’s $30 for adults and $22 for youth and seniors for the 8 p.m. shows, and $25-$17 during the 2 p.m. matinees.

With a 23-member cast ranging in age from 8 to 78 years old, it helps to have a deft hand to direct the diverse age groups.

“The level of education is different, but it’s very fun. I like it,” Erwin said. “I like working with intergenerational actors. It’s more like real life. It’s more challenging, but more rewarding.”

The play was written in 1983, by Bruce W. De Les Dernier, a professor at West Valley College. Most of the story is true to the original plot, where the selfish Ebenezer Scrooge, played here by Paul Smith, is taken on a journey by the ghosts of his Past, Present and Future. Along the journey, Scrooge learns much about the spirit of Christmas.

It was Erwin who suggested “A Christmas Carol, and the nine-person selection committee voted to perform the play for the first time since 2011. Erwin is using the original score from that 2011 show, arranged by musicians Michael La Guardia and Bill Barton. Erwin said she was a fan of the tone and storytelling flow of the script.

For Erwin, one of the joys of theater is seeing how those with differing levels of experience work together. She explained that in a play like this, every actor has a key role.

“It’s interesting to me to see how a cast can come together, and the group

dynamics that go on as that happens, because it really does always happen,” she said.

“I said to them when we first met, ‘This is our little village, and it takes a village to do this.’”

Ten years ago, Patt Sheldon wanted to make a change. Most of the artists she knew worked in …

For just the second time in 20 years, Half Moon Bay High School’s drama program will host a …