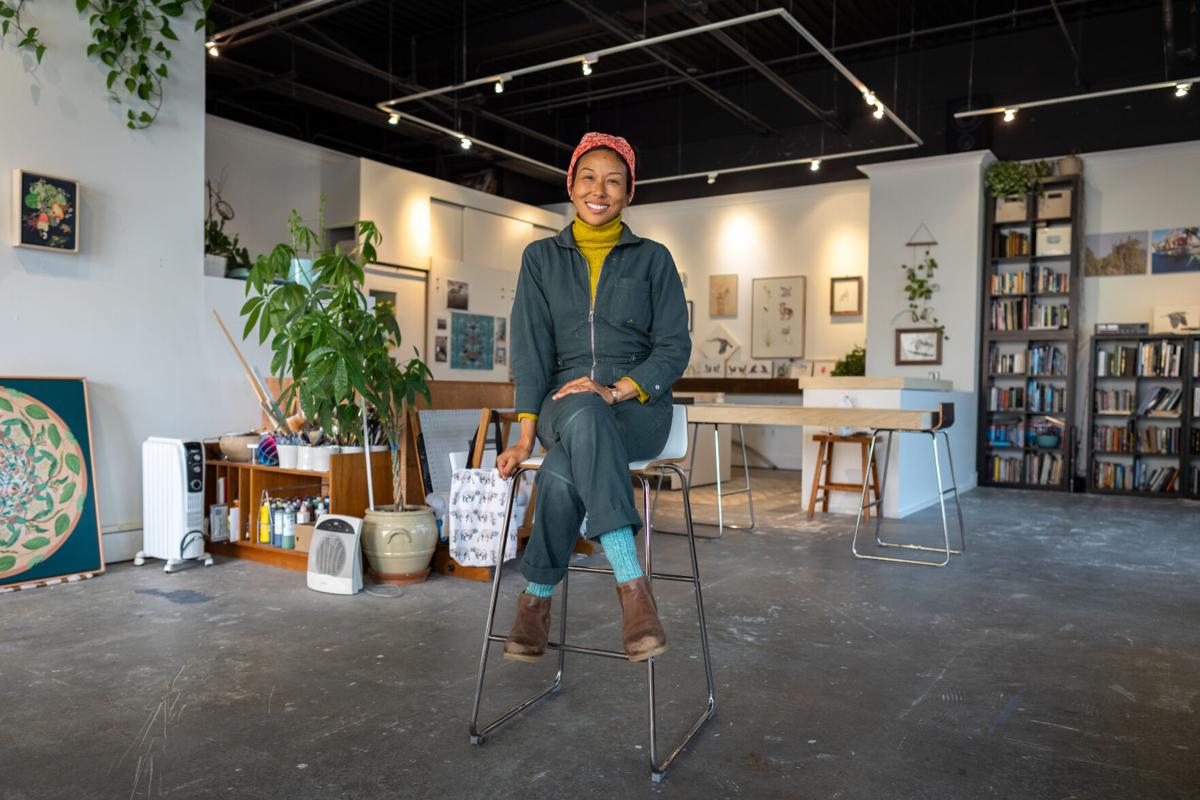 Jane Kim poses for a photo inside her Princeton studio. Adam Pardee / Review 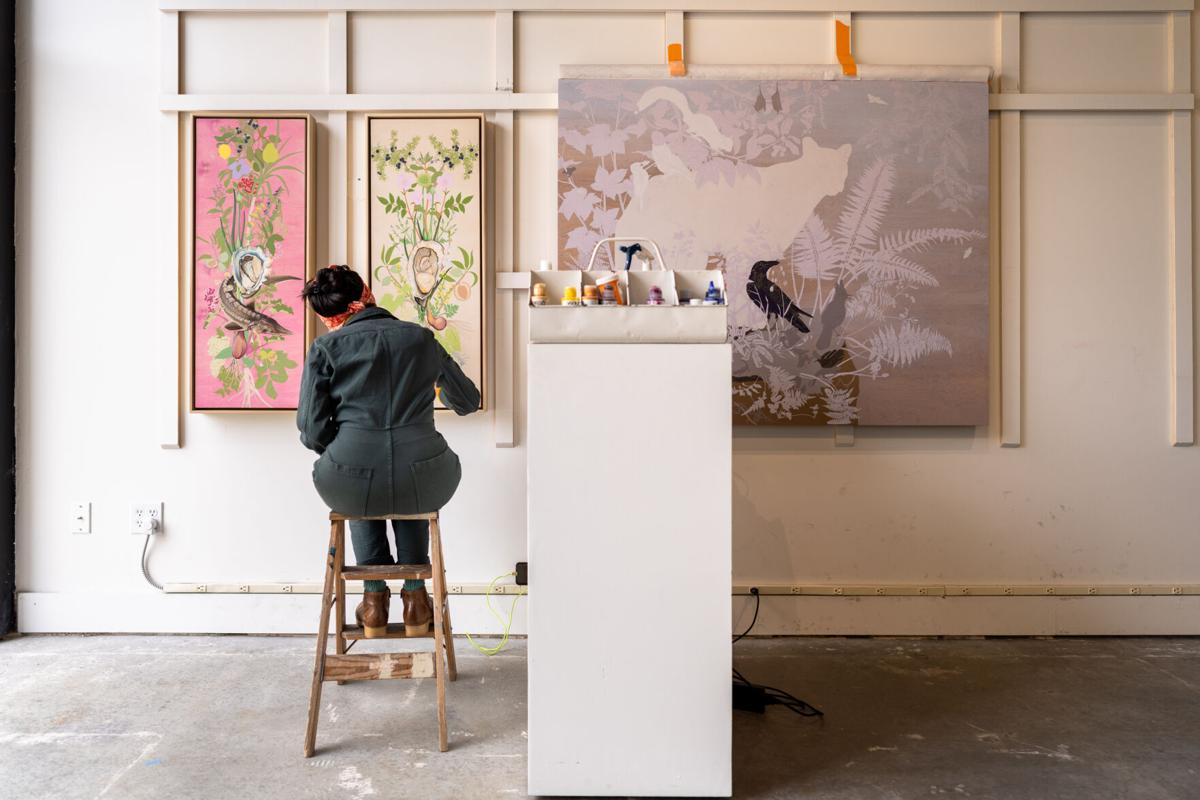 Jane Kim creates intricate art from her Coastside studio. Lately, she has embarked on a new installation at a San Francisco restaurant. Adam Pardee / Review 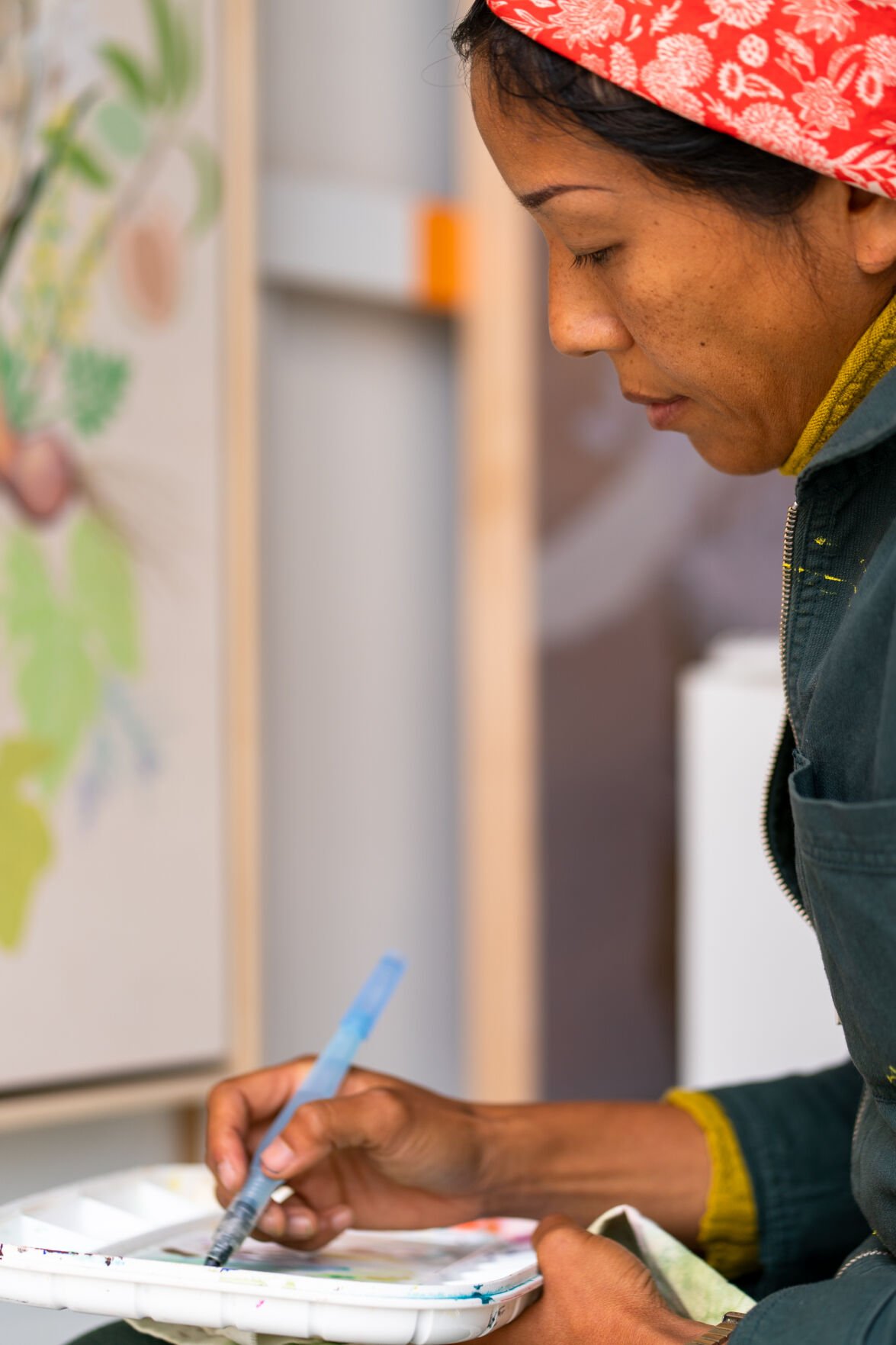 Coastside artist Jane Kim of Ink Dwell opens her new show on Friday at Palette, a San Francisco gallery and restaurant. Her work focuses on our relationship with food and its connections to the natural world.

"When we embark on any project, we really love to understand the venue and have the work be site specific,” said Kim. “Since this will be held in a restaurant, the art explores our relationship to food and our somewhat lost connection of food perceived as nature. We also wanted to take a look through a historical lense at where we might have lost those connections and how that has shaped our understanding of food today."

The first piece in the progression, “Seafood Medley,” depicts a cluster of different types of seabirds on the hunt. Kim suggests that our modern hunting and fishing practices are inspired by nature. The talons of an osprey look exactly like a modern fish hook and the bill of an oystercatcher is the same shape as an oyster shucker.

“It’s interesting to acknowledge other life forms and the ways that we have connected to nature to eat,” said Kim. “For me, eating is the most intimate connection to nature that we have.”

Kim depicted the birds on the hunt, cultivating a sense of competitiveness and tension about getting food. “We have grown accustomed to grocery stores and food delivery, when the reality is that it wasn’t always that way and it’s still not that way for some people today,” said Kim.

"I love the role that scientific illustration has played historically and can play today, really depicting the world as it is," said Kim.

The second piece in the progression, “Wheel of Fortune,” is about the Renaissance-era spice trade and the way it has shaped today’s power structures and global economy. The piece is arranged in a mandala format to pay tribute to the origins of the spices, which are all Asian in origin. It is also evocative of a globe and compass. At the center there is a Kohinoor diamond, then moving outward are ginger, nutmeg, cinnamon, clove and black pepper. The colors are meant to make you hungry.

The next pieces include “All Black Everything,” "Engineered," "Monopoly," "GRAS" and "For a Single Nut," which continue to explore how humans shape nature and how our relationship with nature influences how we see food.

"What I'm really hoping is that it sparks some curiosity toward their own dinner that evening and maybe they will look at their food in a new way," said Kim.

For her last two pieces Kim took a palette dish and broke it down to the original ingredients to show them in their natural forms. "I wanted to select a dish that seemed really simple with as few ingredients as possible,” said Kim. She chose oysters with a vermouth mignonette sauce and oysters with a red vermouth and a dollop of caviar.