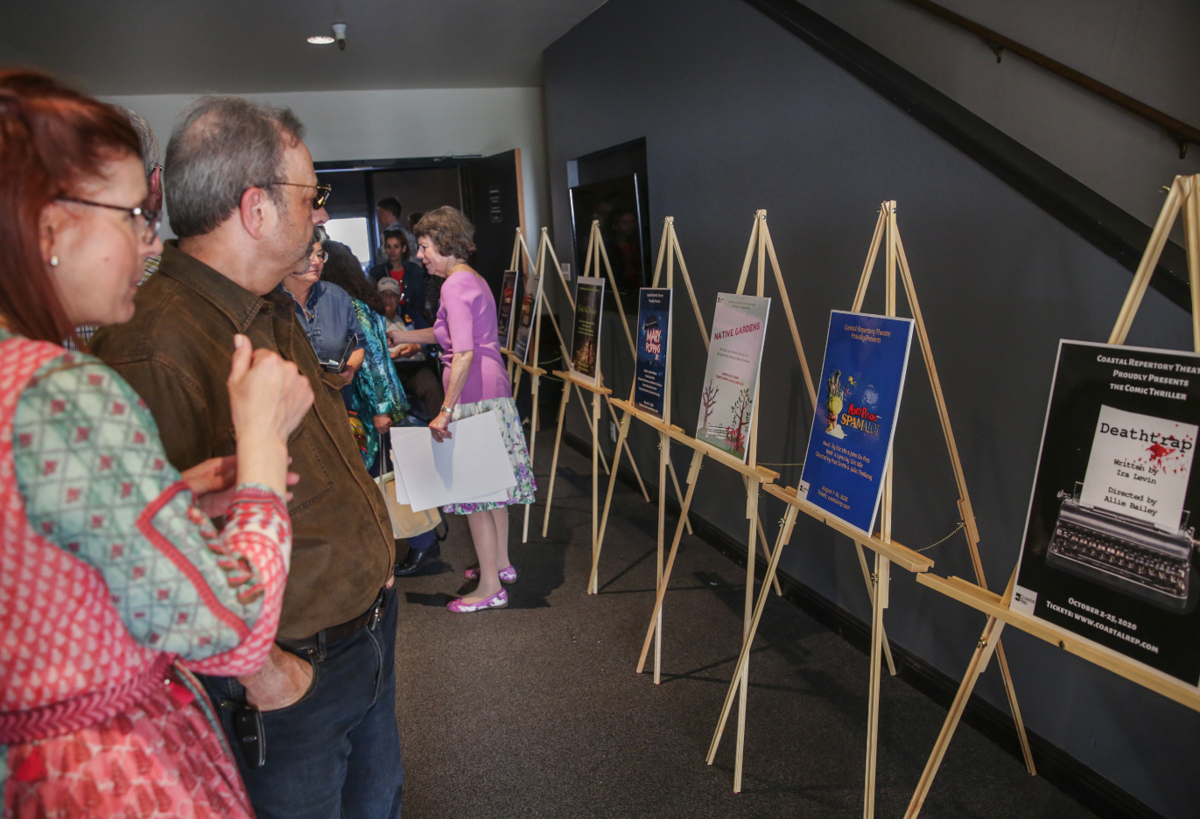 The Coastal Repertory Theatre revealed its planned shows for the next year during a Sunday event that included short performances. Kyle Ludowitz / Review 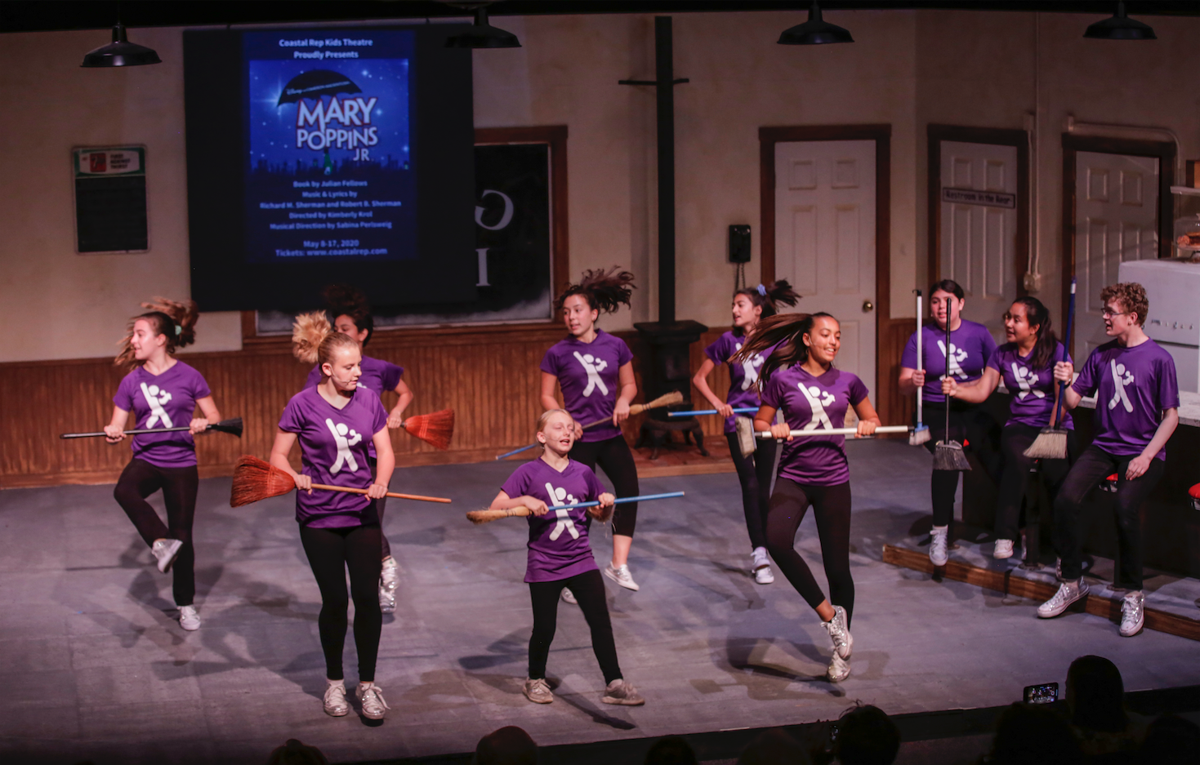 Members of the Coastal Repertory Kids Theatre give a sample performance from their show "Mary Poppins Jr.," which will run later in the year. Kyle Ludowitz / Review

About 60 people drank champagne, tasted hors d’oeurves and enjoyed short performances from two musicals as the theater announced seven plays for the upcoming season. The theater heard 25-30 pitches before choosing its shows, according to Gail Erwin, who chairs Coastal Rep’s artistic committee.

The season will open with “A Christmas Carol,” the timeless Charles Dickens holiday classic that Erwin will direct. “On Golden Pond,” a play about family and aging, was announced next.

“I cannot wait to sink my teeth into this play,” director Steven Bologna said in a video message.

Audience members were treated to two performances, first “Agony” from “Into the Woods,” then “Supercalifragilisticexpialidocious” from “Mary Poppins Jr.,” which will be performed by the Coastal Rep Kids Theatre next May.

Next was “Native Gardens,” a play where gardens and boundaries turn neighbors into enemies, to kick off summer 2020.

“I like to direct shows that make you think, and ‘Native Gardens’ does that,” director Antoinette Wrubel said.

Attendees rose and sang “Always Look on the Bright Side of Life” as the theater announced “Spamalot.” The Monty Python spoof drew the largest cheers of the night inside the theater.

Erwin said Coastal Rep hoped to include the musical in the 2018-19 season but couldn’t secure the rights.

Diane Sikes said she was excited that Coastal Rep selected an additional musical for the upcoming season.

“The community really seems to appreciate the musicals and come out for them,” she said.

The final show of the season is “Deathtrap,” a comedy-thriller that earned four Tony nominations.

The 2019-20 season reveal comes as Coastal Rep is enjoying financial strength and increased interest, according to Sikes. Attendance for the annual reveal event has doubled each of the past two years and renovations to the facade of the theater are almost complete.

“There’s just a feeling of change and growth and moving forward, I think, that’s going on there that is just really fun to be a part of, and people are starting to take notice,” Sikes said. “This has been one of the most fun projects I’ve gotten involved with.

Ten years ago, Patt Sheldon wanted to make a change. Most of the artists she knew worked in …

For just the second time in 20 years, Half Moon Bay High School’s drama program will host a …